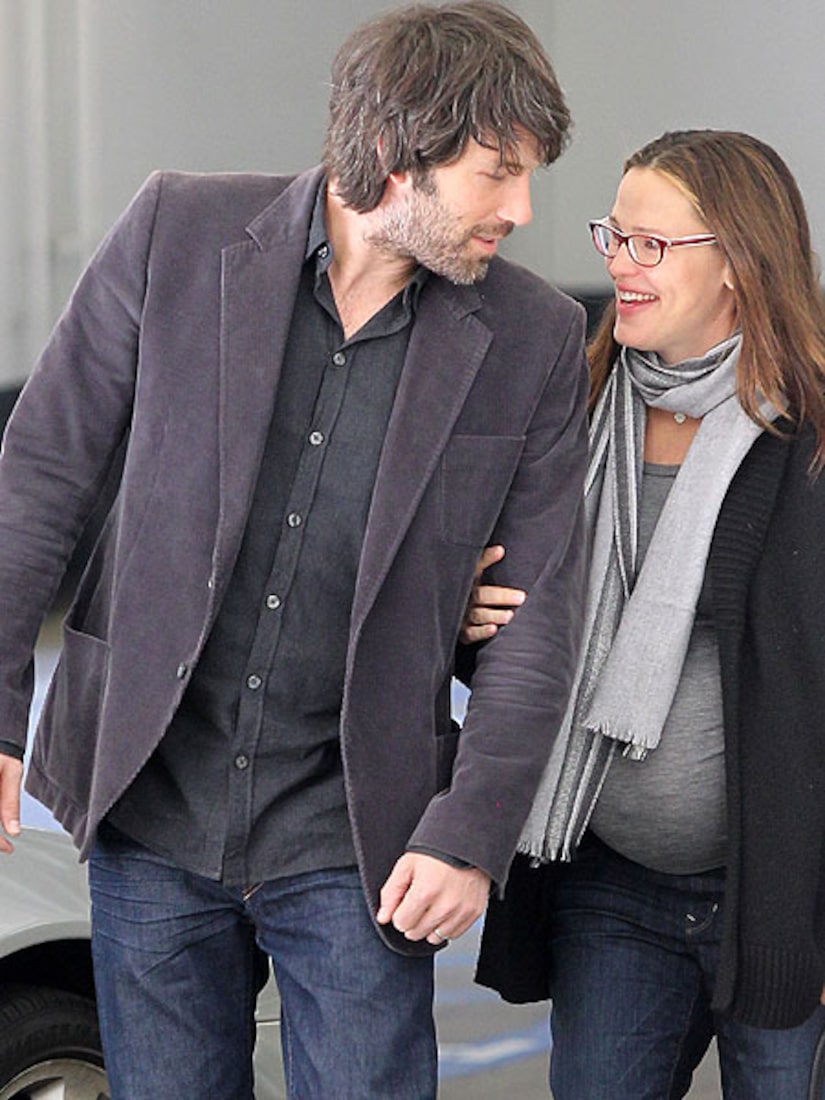 After announcing her pregnancy last August, Garner kept the gender of the baby secret, but told Jay Leno in January her older daughters had fun picking boys' names.

"They suggested Donald Duck, Minnie Mouse Affleck," Garner joked. "And then they moved on... to Peter Pan, Captain Hook, Smee."