Oscar winner Meryl Streep spoke with "Extra's" Jerry Penacoli at the Governor's Ball post-Oscar party. Streep, who snagged a Best Actress award for her role in "The Iron Lady," looked at her golden statue -- her third -- and beamed, "Hello, Mr. Oscar!"

Meryl dished that she was ready to celebrate, telling Jerry, "If they would let me off the press line I will hit the bar! And they're going to have to take me out on a gurney!" 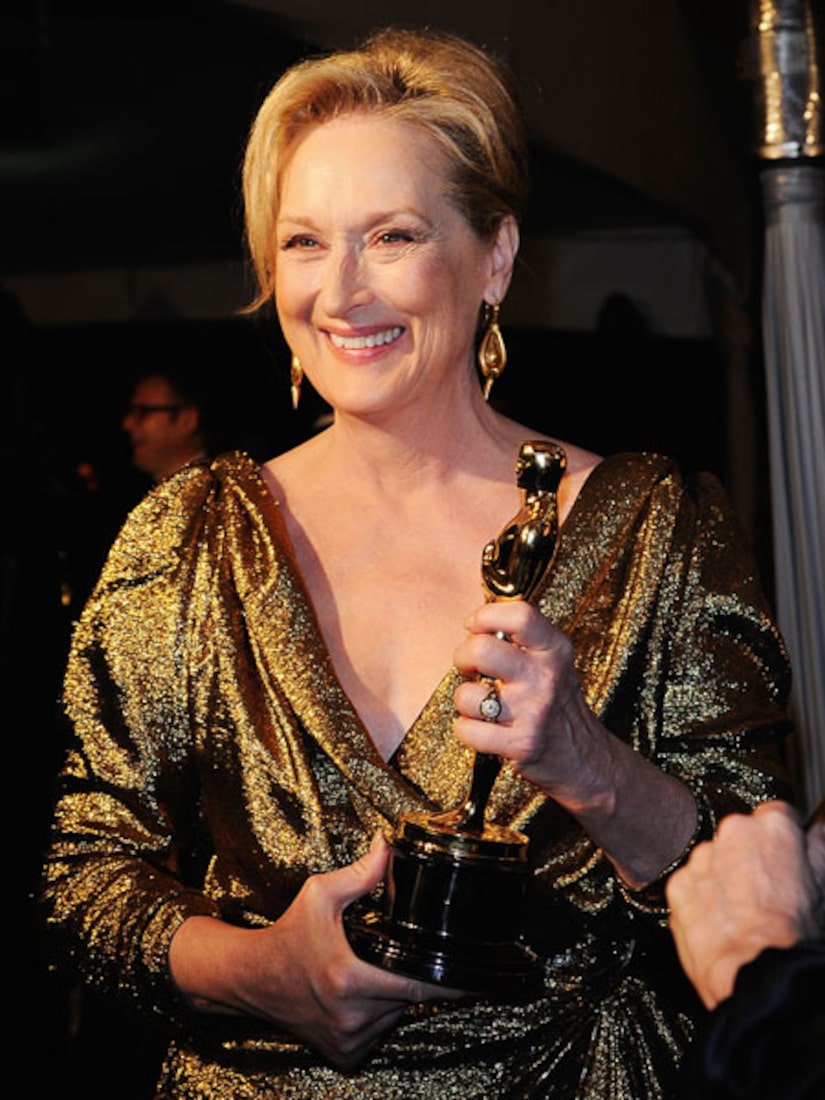 The gifted actress said she learned a thing or two about getting older in Hollywood and explained she will continue acting as long as "I keep getting a job. I'm an actor and you're insecure. You never know. I thought that when I was forty... that it was over."

Gifted actress Meryl Streep is nominated for her role in "The Iron Lady," but this Oscar-worthy star already has three under her belt and a whopping 17 nominations.Streep won in 1979 for "Kramer vs. Kramer," in 1982 for "Sophie's Choice," and in 2012 for "The Iron Lady."

Streep took home a BAFTA Award for her 1981 film, "The French Lieutenant's Woman."The actress has a total of 14 BAFTA nominations.

In 1978, Meryl snagged an Emmy for her work in "Holocaust," and again in 2004 for "Angels in America."Meryl has been nominated three times for a Primetime Emmy.

Meryl won her first SAG Award in 2003 for "Angels in America" and in 2008 for "Doubt."She has a total of 13 SAG nominations!After winning for "Doubt," the actress took to the stage and said, "Really, really, really shocked and really happy," and joked, "even though awards mean nothing to me anymore..."