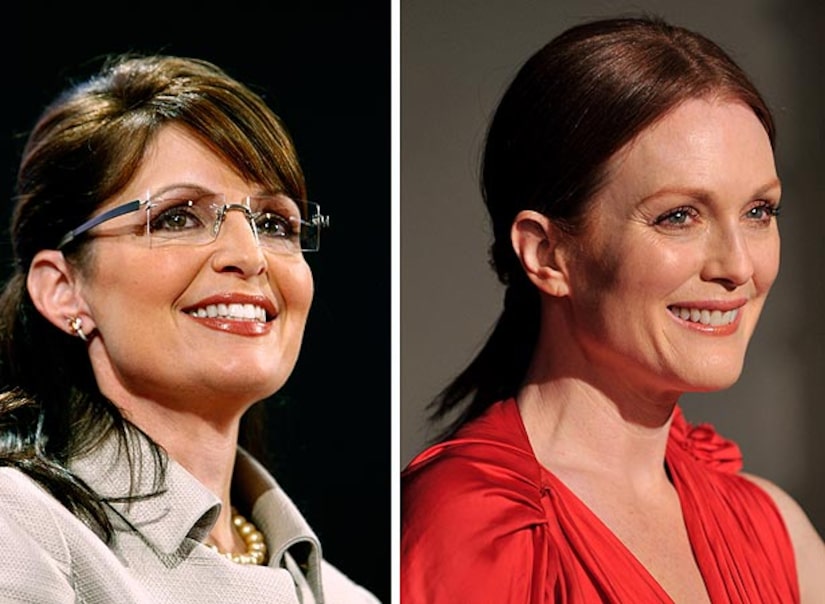 According to NY Daily News.com, the politician's current and former employees showed public anger toward the movie on Wednesday, labeling it "sick" and "inaccurate," even though they've not seen the film, only the trailer.

Meg Stapleton, a former spokeswoman who worked closely with Palin during the 2008 campaign, criticized people associated with the movie and the bestselling book on which it's based.

"They don't want to hear anything good. We all know Palin sells, and the dramatization of Palin sells even more. This is sick," said Stapleton, adding, "They mock Governor Palin. You mock Governor Palin, as weak and unable to cope and press forward," Stapleton insisted on a conference call with reporters. "And the movie and the trailer... say that. And yet look with your own eyes at what she and her family have endured and inspired over the last few years. Any lesser man would have hanged himself by now. So who's weak?"

Meanwhile, Director Jay Roach tried to justify his depiction of Palin and the film's message. He believes the film shows her "in a balanced light," and shows "her strengths and weaknesses as the vice presidential candidate."