It looks like Lindsay Lohan has come to appreciate Judge Stephanie Sautner's strict, no-nonsense attitude, which Lohan credits for saving her career. 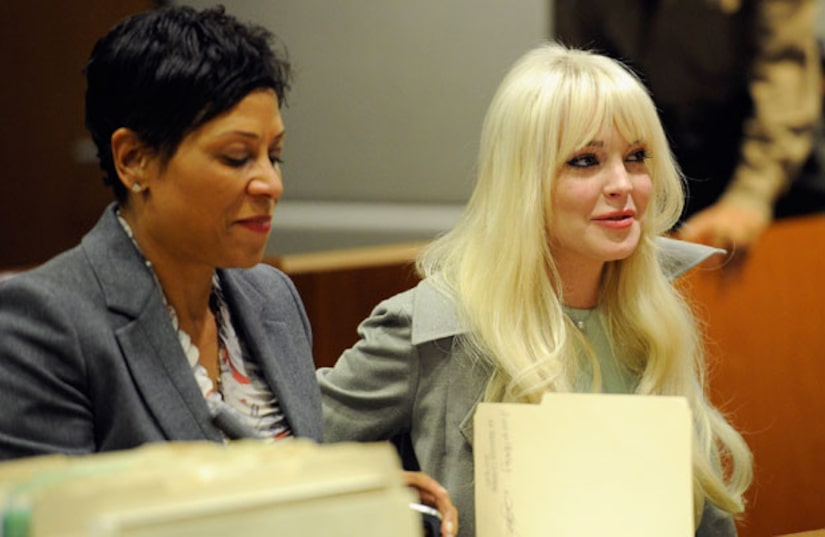 According to TMZ, sources close to Lindsay revealed that although she didn't like the judge in the beginning, the actress later realized Sautner was a blessing in disguise, and believed the judge played a part in helping to get her act together.

LiLo, who was once falling seriously behind in fulfilling her community service, was scolded by Sautner in the courtroom and was told that if she didn't complete her hours, she would go to jail. The judge and Lohan's attorney, Shawn Holley, created a rigid structure for Lindsay, which required her to appear in court each month to report on her community service progress.

Lohan's hard work is paying off, as producers are seeing her improvement and are now willing to give her a shot: she will host "SNL" on March 3rd and is in talks to star in a new Elizabeth Taylor biopic.

The 25-year-old is due back in court today at 10 AM and is expected to receive another stellar review from her favorite judge.

Lindsay looked stunning in a pastel, form-fitting dress and heels at her Los Angeles court hearing on Feb. 22, 2012.The actress received another glowing report from Judge Sautner, who said, "Miss Lohan, you're in the home stretch."

Lindsay Lohan arrived to the L.A. courtroom looking conservative in black slacks and a sweater.The blonde actress was commended by Judge Stephanie Sautner for staying on track with her probation requirements.