In an "Extra" exclusive interview in Sarajevo, Angelina Jolie hints to Jerry Penacoli she may finally be ready to marry Brad Pitt.

Pitt and Jolie once said they would get married only when everyone would have an equal right to unite in matrimony. Penacoli brought up that Prop 8 had been overturned in California, so are she and Brad any closer? Angelina smiled, "Maybe."

The kids might also be a contributing factor to a Brangelina wedding. "They figured out what marriage is now, they're old enough so now they kind of like the idea of it," said Jolie. "But we're still convinced that half of them just want to party."

Penacoli was the only U.S. reporter invited by Angelina for a special screening of the Bosnian-themed "In the Land of Blood and Honey." Jolie was moved to tears by the film's great response from the once war-torn city. 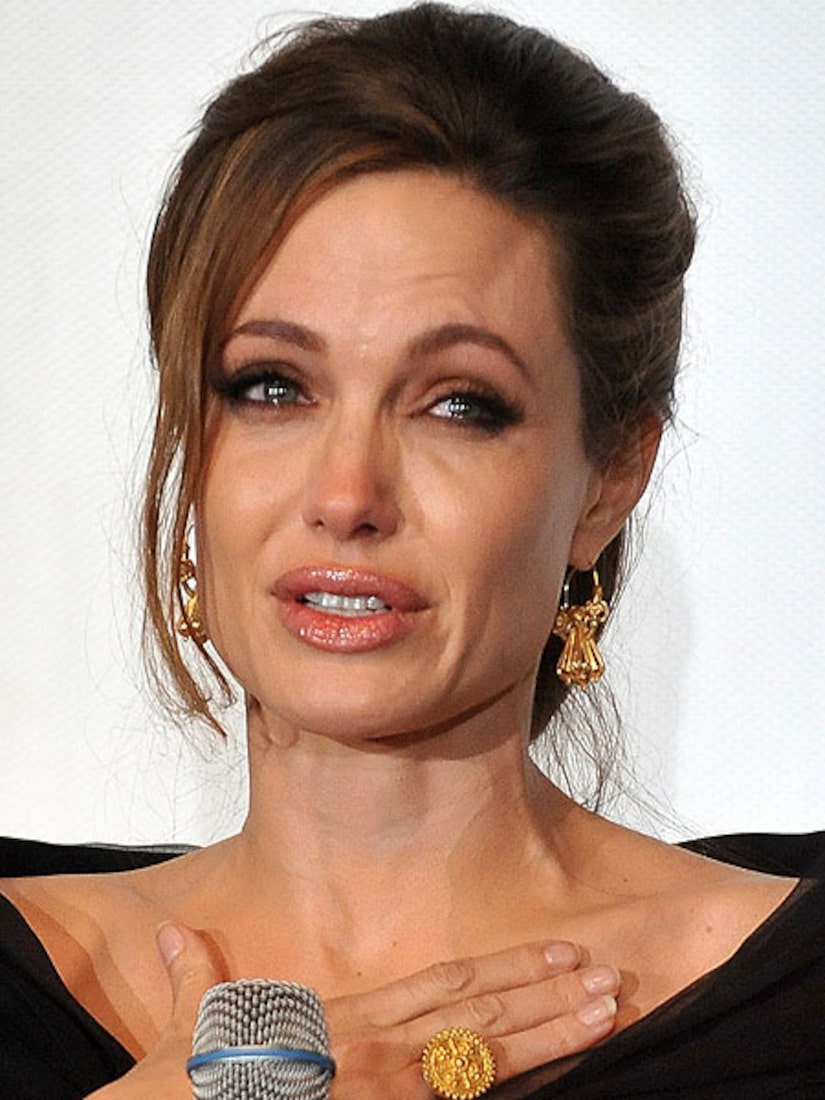 "I didn't know how they were going to react because I know it's very hard for them to watch," said Jolie. "It's an artistic interpretation of their lives, so when I walked in and they stood up, it means everything."

Pitt and their six children were there to share in her special moment.

The actress said the kids love to travel. "When we say we're going somewhere, they pack their own bags. They are the first ones lined up at the door. They love it, thank God, because that's what they're stuck with. They are great travelers. They love it."

Angelina explained that the children are also learning new languages. "They're all learning French, that's their second language. But a few of them have begun to learn their native language. Pax speaks Vietnamese, Maddox is learning a little Khmer and we're working on Zahara." She added, laughing, "Then they're going to be able to hide a lot from mommy and daddy."