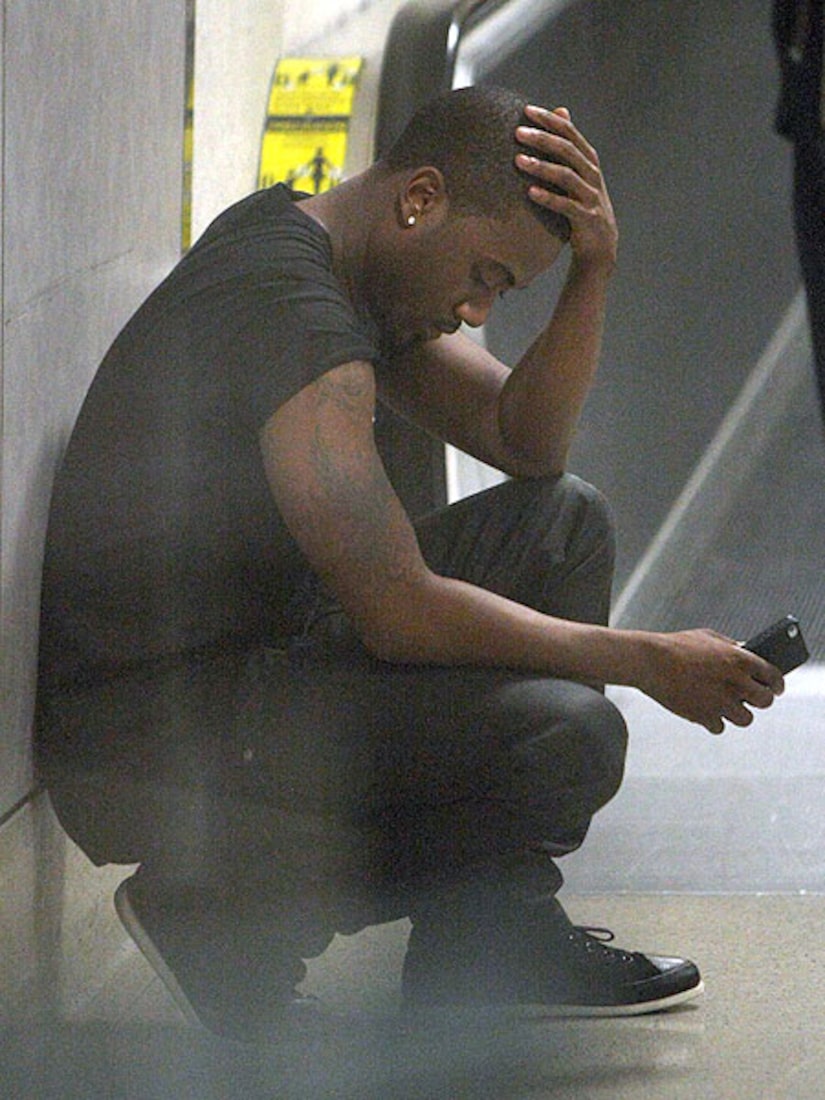 The 31-year-old, overwhelmed with emotion at LAX, crouched against a wall with his head in his hand as he looked deep in thought. He was seen being consoled by his bodyguard as they made their way through the airport.

During Houston's funeral on Saturday, Ray J broke down as he watched her coffin being carried away out of the church. Whitney was laid to rest on Sunday next to her father, John Houston, who passed away in 2003.

The rapper and Whitney shared an on-and-off relationship over the years and were spotted cuddling at TRU Nightclub as recently as February 9, two days before the singer died.