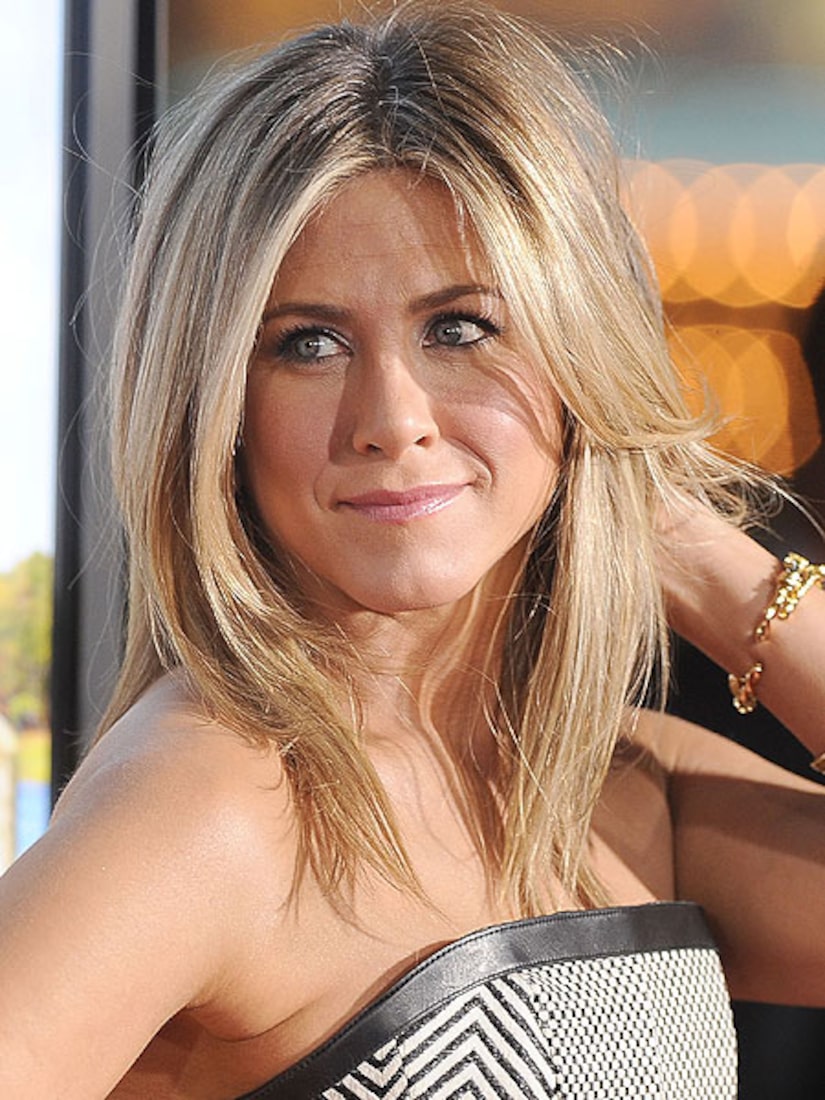 The film centers on a Manhattan couple (Aniston and Paul Rudd), who after finding themselves at a crossroads in life and decide to experiment with living in a rural commune where free love rules.

"Nothing about that lifestyle appeals to me," laughed Aniston. "In my 20s, I was as hippie as I bought vintage clothing."

Theroux added, "I would not be going to that place. I like better food than what they were serving."

Photos! At the "Wanderlust" Premiere

Aniston said she works out but she also eats. "It's not like I'm eating like a twig lettuce leaf with a piece of tuna on it. Actually, that does sound kind of good." The actress admitted her biggest food craving is salt. "That's Mexican food. Salt, salt, salt. I used to suck on bullion cubes, not lollipops."

As for Theroux's character in the movie, he plays an alpha male. Is he like that in real life? Aniston said, "Absolutely not. But he's a protector, for sure."

Aniston on Working with BF Theroux: 'We Loved Every Moment of It'

Jennifer said the most important qualities in a relationship are "Making sure you take time out to talk with each other, experience things together." Theroux added, "kindness, honesty - and a sense of humor."

Catch Jen and her men in "Wanderlust," groovin' in theaters February 24.