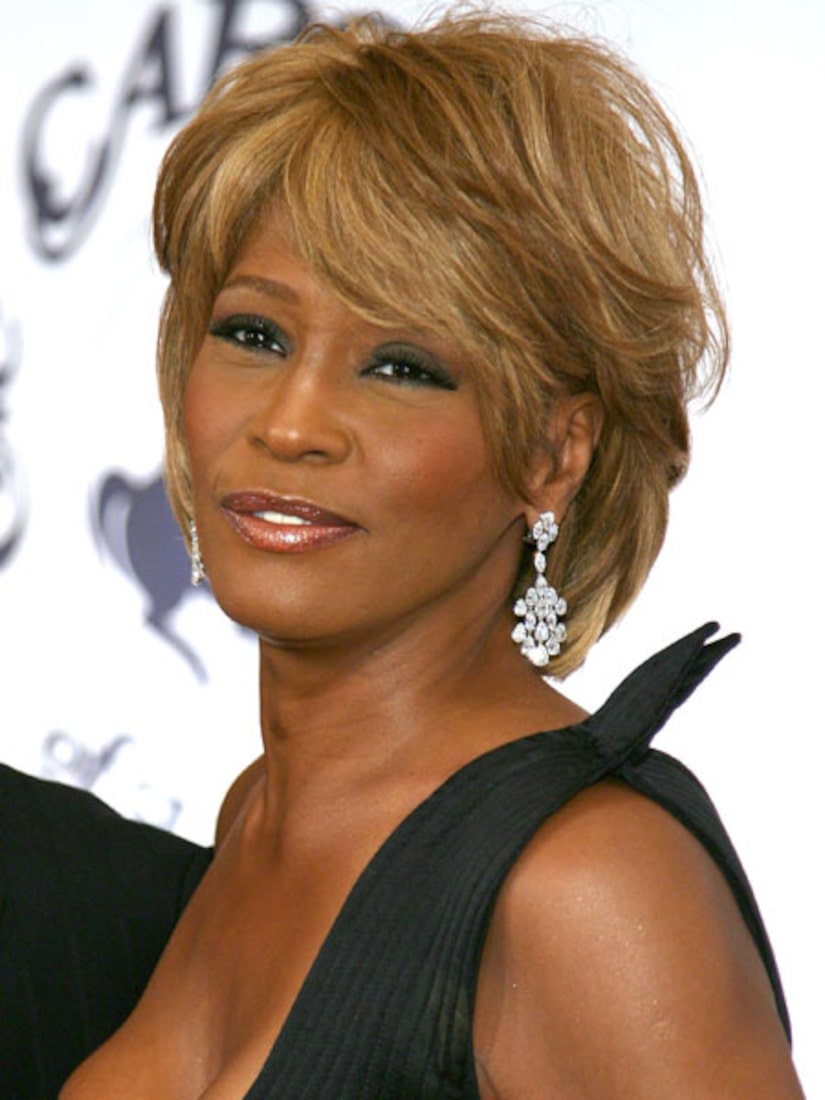 According to the invitation issued to the singer's friends and family, the ceremony was seen as a 'going home' service rather than a funeral. Among the mourners at Saturday's highly-charged service, were singers Chaka Khan, Brandy, Roberta Flack, Jordin Sparks and Jennifer Hudson. Singer Ray J, who spent time with Houston during her last days, broke down crying before the service had even begun.

--Whitney's aunt, Dionne Warwick, officiated the service and introducing the guests to the congregation.

--Tyler Perry spoke to the congregation, "It was Pat (Whitney's sister-in-law) that introduced me to Whitney. I met her a few years ago. She told me about things that she went through. I saw this sadness and heaviness. But before she would say what was bothering her she would interrupt and say 'But the Lord... But my Lord and Saviour Jesus Christ' I'm thankful for all that God has done in her life."

--Bebe Winans and his sister CeCe Winans came up to the altar to sing. CeCe was a close friend of Whitney's and is Bobbi Kristina's Godmother. Whitney's other close friend, Kim Burrell, also sang with the choir.

--Whitney's "Bodyguard" co-star Kevin Costner spoke at the altar, "I would like to thank Cissy and Dionne for the honor of being here. Everyone treating my wife and I so gracefully. The song 'I Will Always Love You' almost wasn't. She was meant to sing 'What Becomes of the Broken Hearted.' So what becomes our broken hearts."

--Singer Alicia Keys was next to perform. Alicia was tearful as she walked to the piano and spoke about her friendship with the singer. Stevie Wonder also performed.

--Record producer and Whitney's mentor Clive Davis was next. He said, 'I've felt my mother's guidance and she's helped me through my life. You wait for a voice life Whitney's for a lifetime. A voice like that. A smile like that. And for someone to embody all of those things is astounding."

The funeral comes one week after Houston was found dead in the bath of her hotel room in Los Angeles. Whitney is expected to be buried next to her father, John Houston Jr., later Saturday.