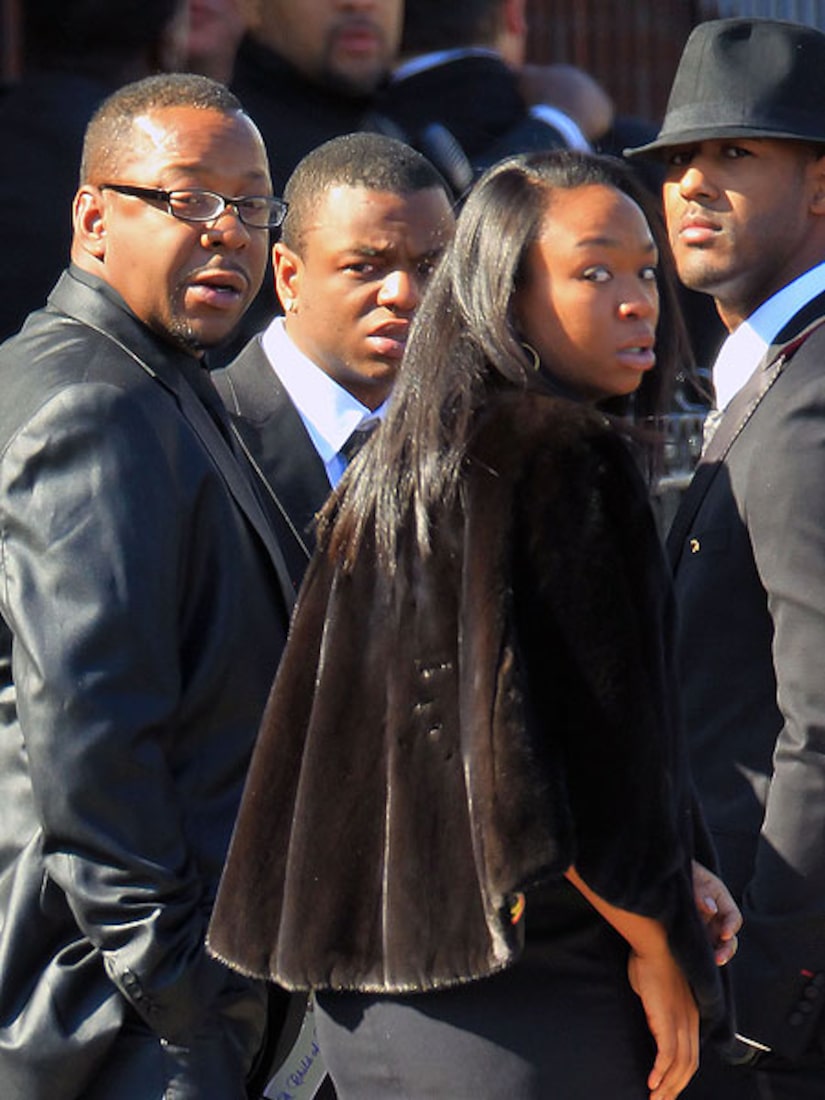 According to TMZ sources, Brown was invited, plus two, but the New Edition singer arrived to the church in Newark with an entourage of nine people, including his girlfriend Alicia Etheridge, daughter LaPrincia and son Landon.

Brown was seen leaving shortly afterward, upset Whitney's family would not seat his whole party. He was also refused to sit beside his daughter Bobbi Kristina in the front row.

Brown released a statement over the incident: "My children and I were invited to the funeral of my ex-wife Whitney Houston. We were seated by security and then subsequently asked to move on three separate occasions. I fail to understand why security treated my family this way and continue to ask us and no one else to move. Security then prevented me from attempting to see my daughter Bobbi Kristina. In light of the events, I gave a kiss to the casket of my ex-wife and departed as I refused to create a scene. My children are completely distraught over the events. This was a day to honor Whitney. I doubt Whitney would have wanted this to occur. I will continue to pay my respects to my ex-wife the best way I know how."