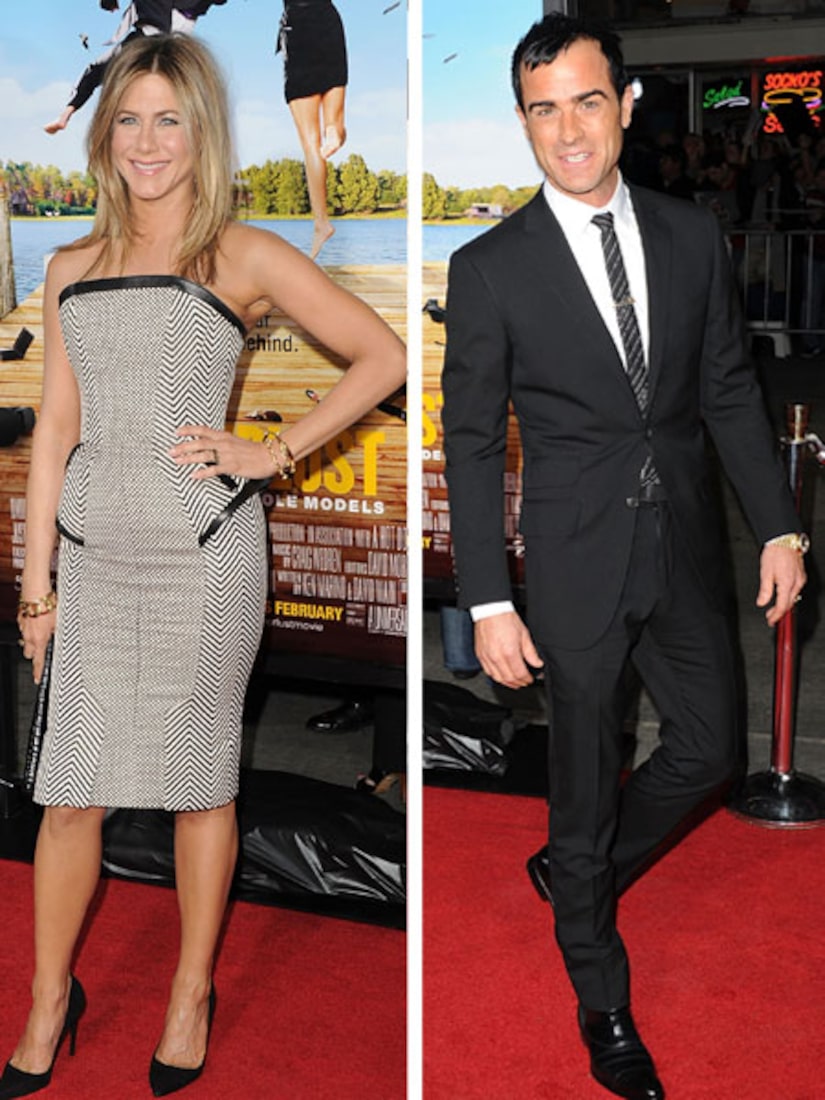 The pair star together in the comedy, also starring Paul Rudd, and when asked by "Extra's" Renee Bargh if she enjoyed working with Theroux, Jen replied, "We just loved every moment of it."

Aniston, who recently celebrated her 43rd birthday with Justin by her side, said, "I have to say, doing this movie, I did escape for three months." Regarding the paparazzi and tabloids, she says, "We really were in the middle of nowhere and your guard came down. You weren't looking over your shoulder and you weren't reading any kind of that crap."

When Bargh pointed out to Theroux that he not only made a funny movie, but also got a hot girlfriend out of it, the actor answered, "I didn't get her out of the film. I got her after the film." Renee said, "I thought that this was when [the romance] was kindled." Justin set the record straight, explaining, "That's what everyone loves to think, but no. You are getting the scoop. No, we were friends before and during the filming of the movie."

In the film, Aniston and Rudd play a couple who find free love in a commune, but Theroux admits he's "far too rigid for that" in real life.

Feel the love for "Wanderlust," opening in theaters Feb. 24. 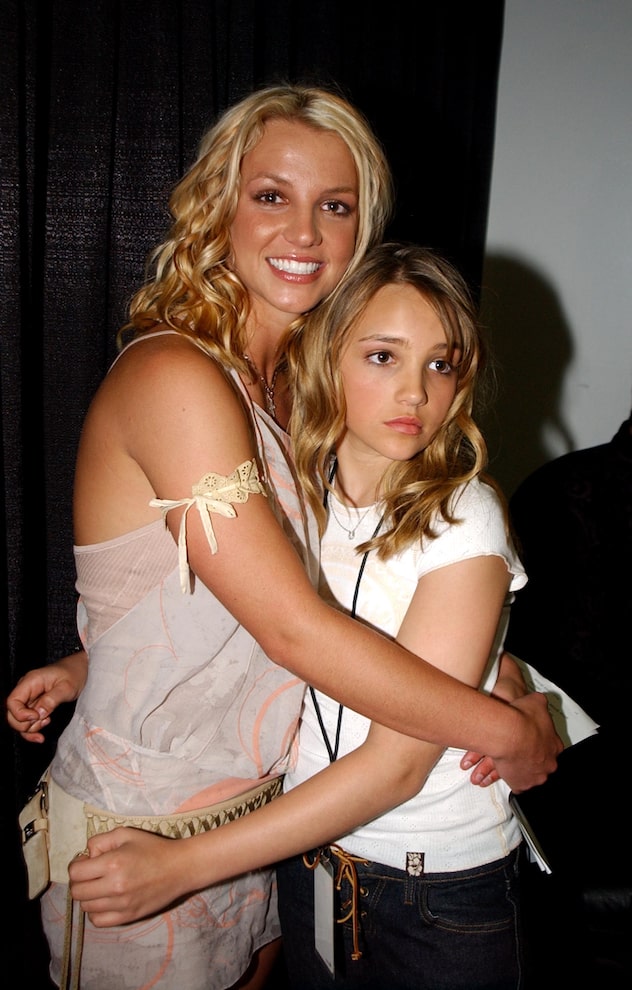 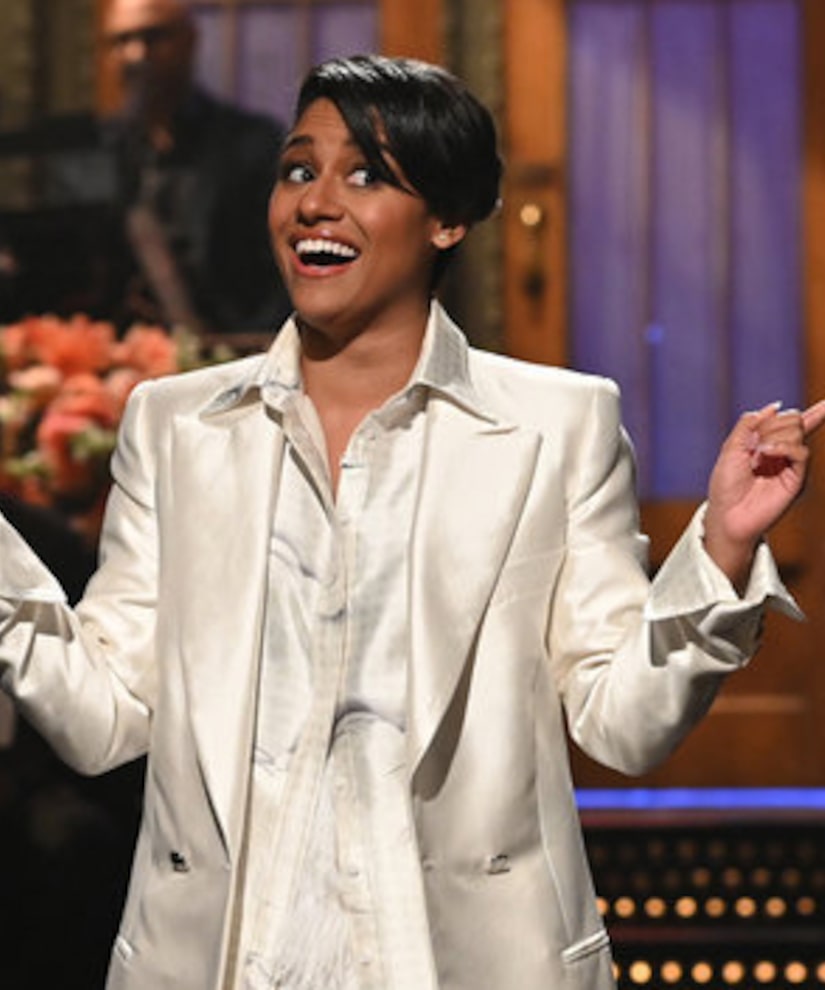 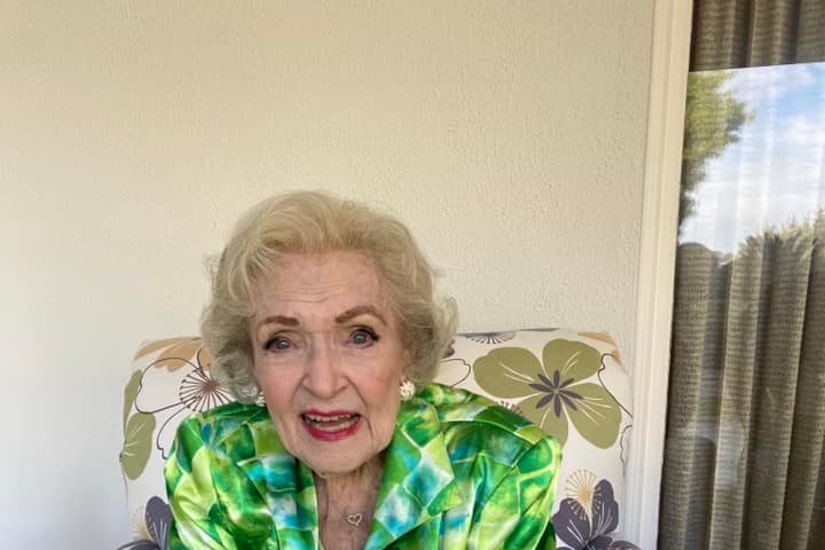