In the latest drama surrounding Whitney Houston's death, the singer's family will reportedly stop Bobby Brown from getting too close to the sole heir of Houston's $20-million fortune -- his 18-year-old daughter, Bobbi Kristina. 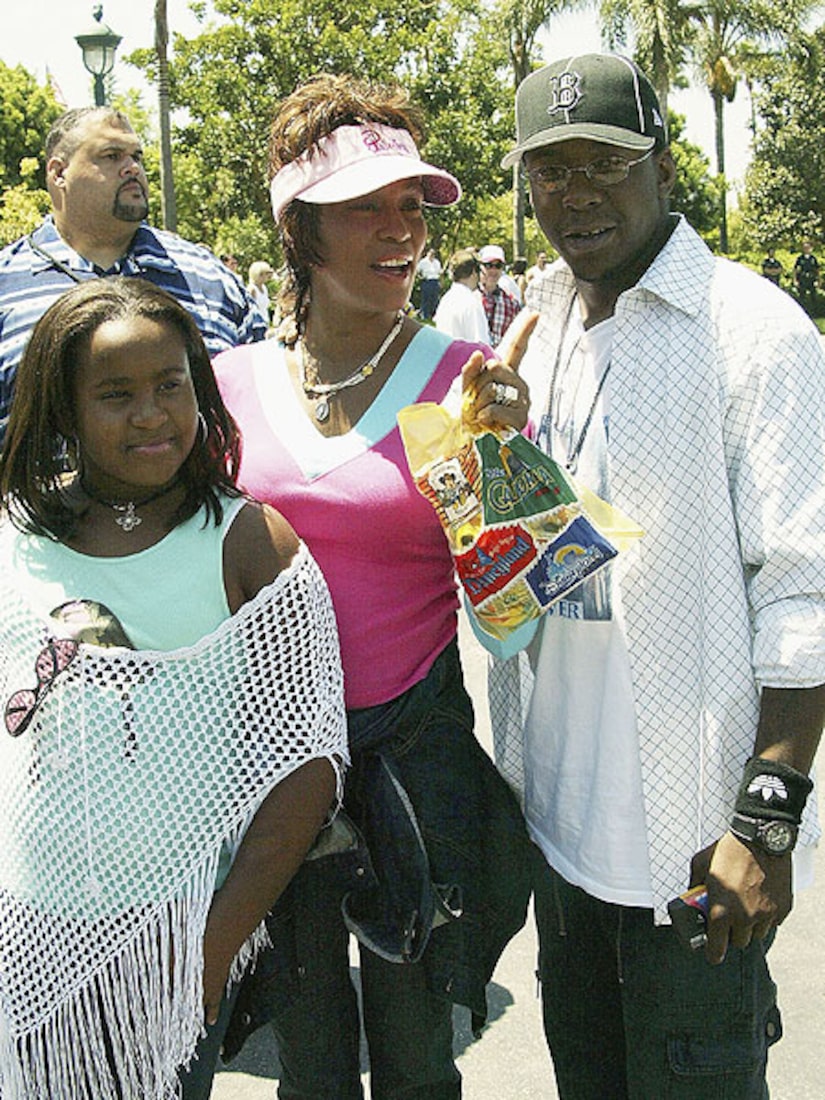 According to TMZ, sources close to the family revealed Whitney's mother, Cissy, is suspicious Brown might latch onto Bobbi Kristina, 18, and Cissy will do her best to make sure Brown stays away. The family believes Brown is broke, and they've reportedly blocked his attempt to visit his daughter earlier this week after flying in to Los Angeles.

Whitney's record sales have jumped since her death, and her $20-million estate could double by the end of the year.

Brown and his ex in-laws share a bitter history; they feel Bobby is one of the reasons why Whitney struggled with drugs and alcohol. They also blame the R&B singer for Bobbi Kristina's battle with addiction.

Brown's people tell TMZ that although he is aware of the family's resentment; he wants to make peace with them for his daughter's sake.

Brown, 43, is not invited to Whitney's funeral, to be held Saturday in Newark.

Whitney Houston did her own version of this Chaka Khan song for "The Bodyguard" soundtrack, and it became a huge hit. Whitney is pregnant with Bobbi Kristina in this video, which also features her mother, Cissy Houston, and Chaka.

Mentor Clive Davis persuaded her to record this song, and it became Whitney's record-breaking seventh consecutive No. 1 hit.

L.A. Reid and Babyface wrote this song for Whitney, which reached the top of the Billboard charts.

This song is about Whitney's failed relationship with football player Randall Cunningham.

This song was Whitney's sixth consecutive No. 1 hit, tying her with The Beatles and The Bee Gees.

This upbeat song was the first single released from her second album "Whitney," and it went on to win a Grammy for Best Female Pop Vocal performance.

This was one of Whitney's three biggest hits from her self-titled first album, helping to put her on the map.

Houston's version of this 1977 anthem remains one her signature tunes.

This song from "The Bodyguard" was Whitney's biggest hit, topping the charts for 14 weeks after being released in the film. It was written by Dolly Parton.