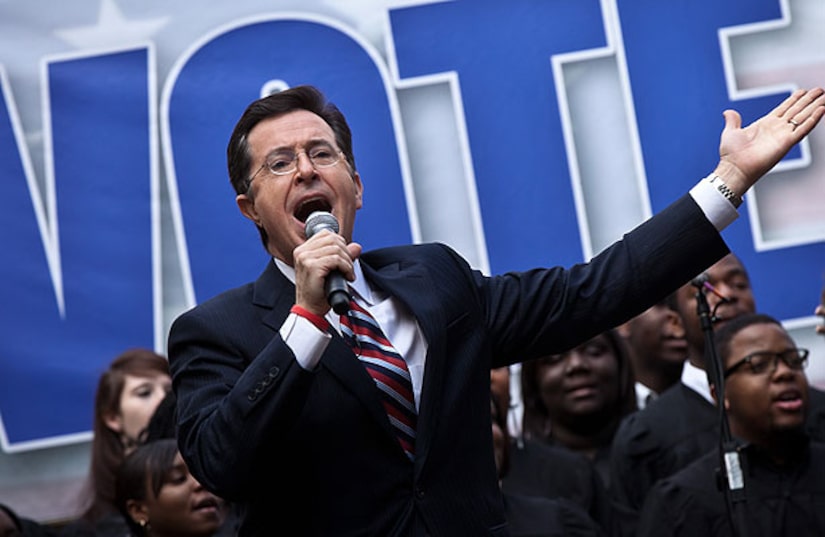 "Due to unforeseen circumstances, the show will air repeat episodes on Wednesday, Feb. 15 and Thursday, Feb. 16," a rep for Comedy Central told E! News. The show does not tape on Fridays.

No one is offering a reason for the suddenly dark studio, but it's not expected to be long-term. A Comedy Central source said that the show should be back in production "soon."

Colbert's network buddy, "The Daily Show with Jon Stewart," has unexpectedly shut down production twice before -- once for the birth of Stewart's child, and again when a staff member passed away.