During Group Week on "American Idol" Wednesday, there were illnesses, in-fighting, lyrical amnesia -- and one quirky contestant who shined on the drums. 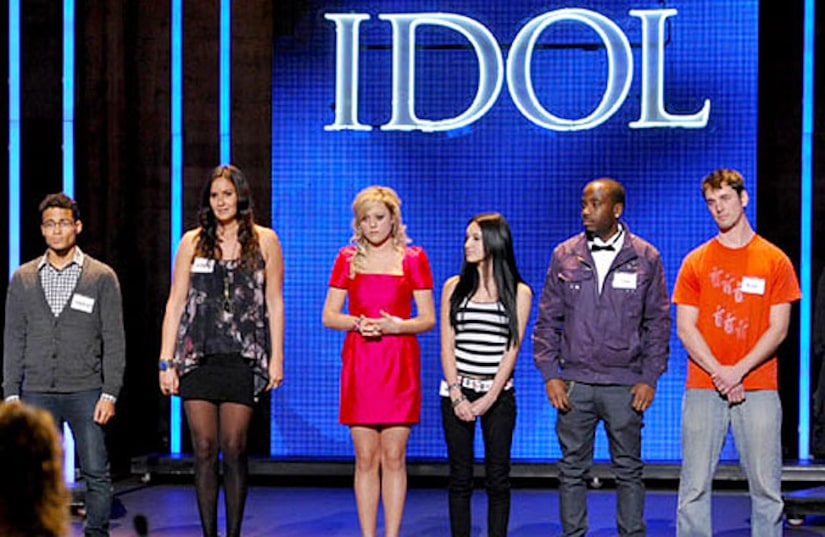 Contestants Amy Brumfield, Imani Handy and Jacquie Cero were all dealing with various health issues. In fact, Handy managed to pass out mid-song. She regained her composure and begged judges Steven Tyler, Jennifer Lopez and Randy Jackson to give her a second chance. "If you send me through, I will show you," Handy pleaded. "I promise you." She was sent packing.

In other moments, several singers forgot the words to their songs, butperhaps the most curious act from Group Week was M.I.T., whose members didn't see eye to eye. As such, their rendition of James Morrison's "Broken Strings" was completely off. Still, the judges felt each contestant had enough talent to move to the next round.

The second hour of auditions fared better than the first, with talents such as Joshua Ledet and Skylar Laine making it through to the next round.

But it was the nerdy Reed Grimm who stood out as a possible season dark horse with a rendition of Ray Charles's "Georgia on My Mind" -- while playing the drums. Check it out!

Tune in Thursday for "American Idol" to see who makes it past the final round of Hollywood Week.