Actors Jennifer Aniston and Paul Rudd, who are co-starring in the upcoming comedy "Wanderlust," make the March cover of GQ magazine as Hollywood's best fake couple, and Jen took the opportunity to clarify a few things. 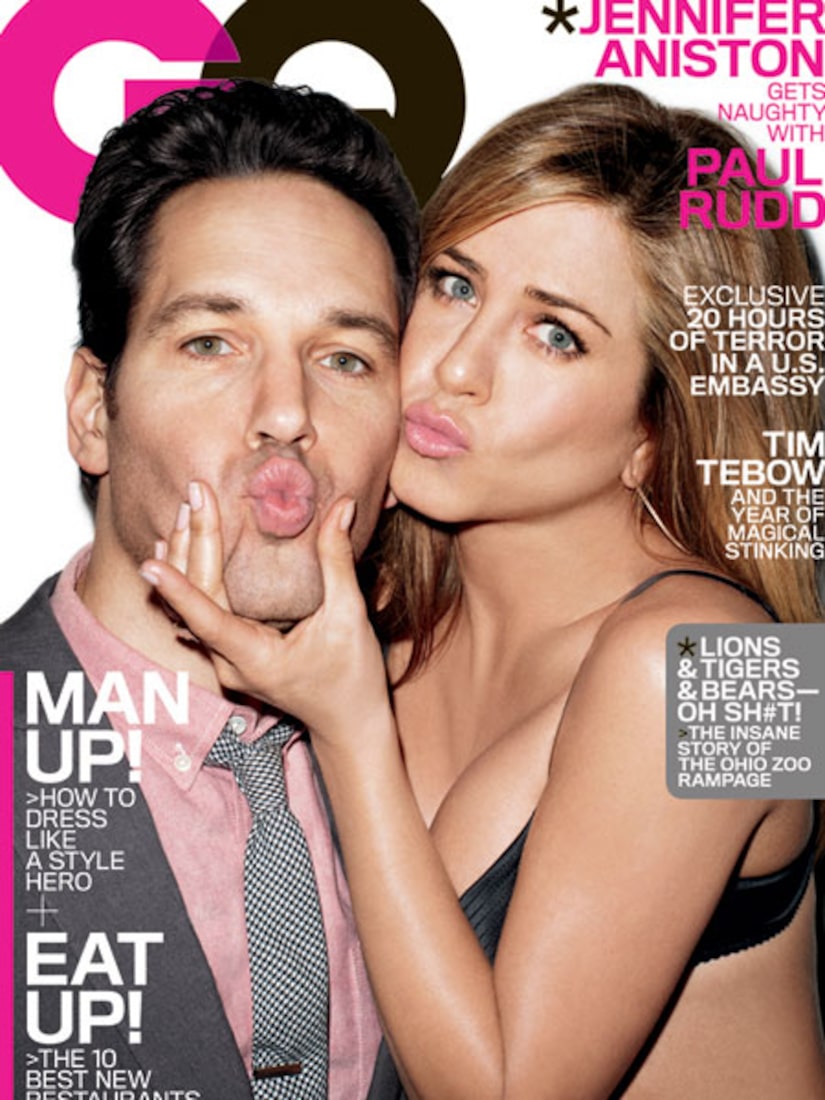 They talk about their onscreen make-out past (the two also co-starred in 1998's "The Object of My Affection") and their satisfaction in being in their 40s. Aniston also says she and real-life beau Justin Theroux are not expecting.

"I'm not having triplets. Not having twins. Nor am I having one baby," Aniston stated. "I did not elope... You heard it here. I'm not knocked up now."

The film "Wanderlust" is about a marriage at a turning point, which Aniston and Rudd said resonated with them. Rudd explained, "I think most marriages, mine included, you're constantly tending the garden, constantly working at it." 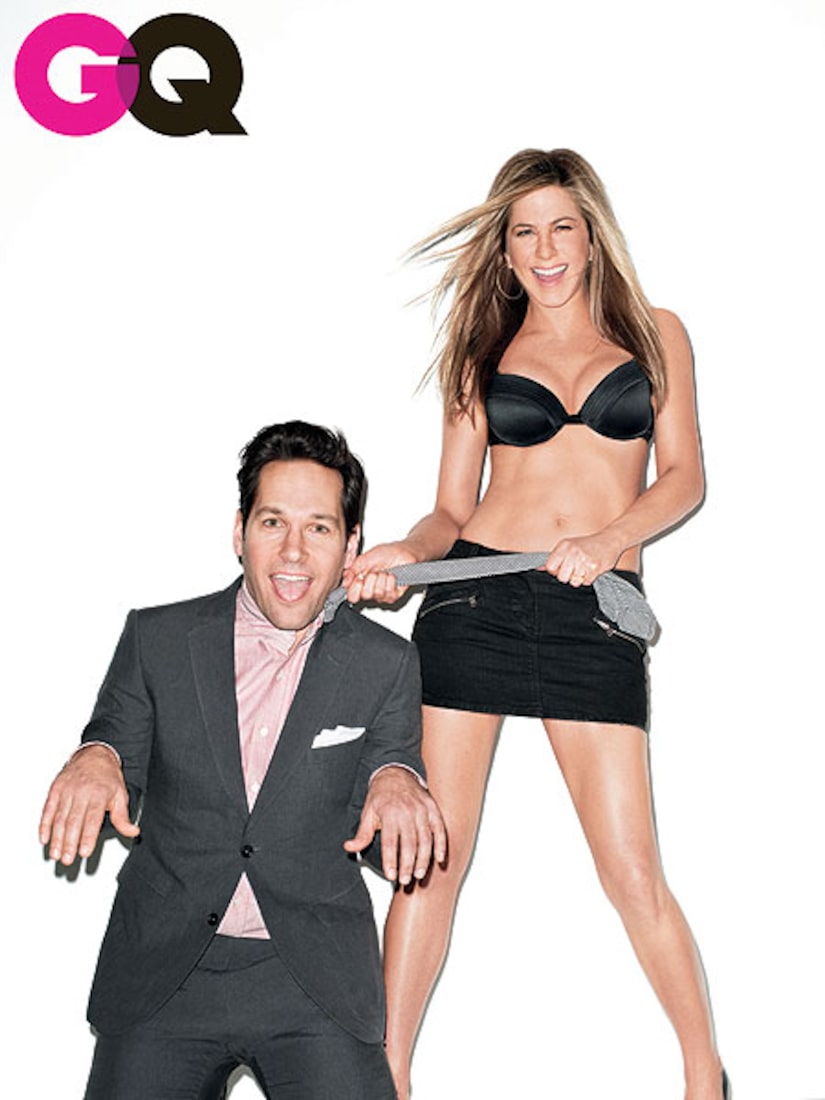 Aniston added, "It's a growing, literally living thing. There's going to be growing pains, there's going to be awkward moments -- your lanky phase, your pimpled phase. I think that's the beauty of a relationship... one person is growing this way and the other is growing that way... Sometimes that can happen and you can stay together, and sometimes you can't."

Read more of the interview at GQ.com, and pick up the issue, on newsstands now.