He wasn't there to accept the award, but Jay-Z and collaborator Kanye West won the Grammy for Best Rap Performance for "Otis," from their "Watch the Throne" album. Turns out, Z had plans for pizza. 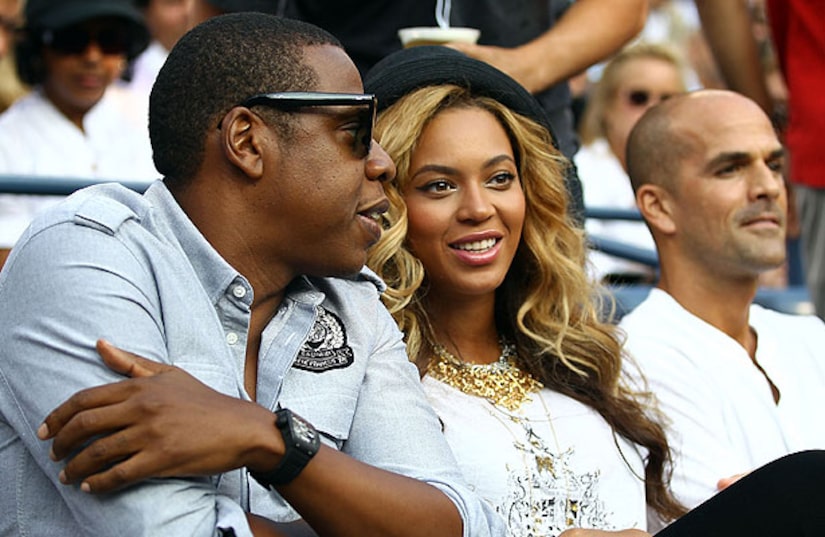 New parents Beyoncé and Jay-Z decided to go on a pizza date in Brooklyn rather than attend the 2012 Grammys on Sunday, says UsWeekly.

"They were just like a regular couple talking and whatnot," a witness told Us Weekly. "They were sitting in front of the place closer to where they make the pizza."

The fellow diner even congratulated Jay-Z on Blue Ivy's recent arrival. "He said, 'Thank you,' shook our hands, and said 'Have a good night.'"