Whitney Houston's ex-husband Bobby Brown cried on stage at his concert in Houston Saturday night after learning of Houston's death. Brown, who reunited with his old singing group, New Edition, had to stop several times to compose himself at a performance in Mississippi.

Bobby, 43, told the crowd, "First of all, I want to tell you that I love you all. Second, I would like to say, I love you Whitney. The hardest thing for me to do is to come on this stage."

One of Brown's relatives told People, "He could hardly get the words out when he called me. He was sobbing, and by the end of the call, I was sobbing too. He's beside himself right now." 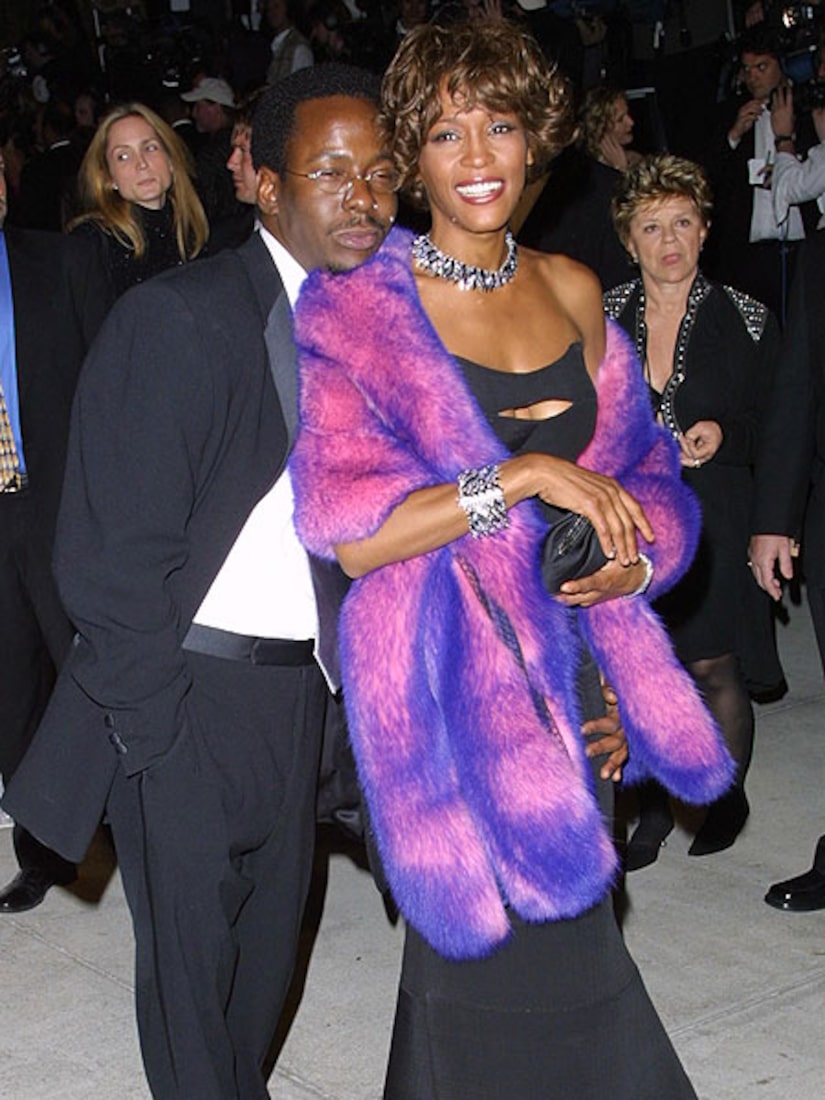 His New Edition band mates stood by Brown and consoled him, while concertgoers cheered him on during the emotional evening that was held as a tribute to Houston.

Although they divorced in 2006, Bobby and Whitney infamously had a tumultuous, 15-year marriage. The couple have an 18-year-old daughter, Bobbi Kristina.