Moments after security staff at the Beverly Hilton Hotel raised a white blanket near a Beverly Hills Fire Ambulance, possibly to shield their activity as Whitney Houston's body was brought out of the hotel, a distraught man identified as Whitney's friend and on-again/off-again boyfriend Ray-J emerged from the hotel, hiding his face under his jacket. Flanked by a security guard, he was whisked into a waiting car and left the scene.

According to TMZ, after rushing to the hotel to see Whitney, Ray-J was turned away by the Police. "Extra" exclusively reported that Ray-J comforted Whitney's hysterical daughter Bobbi Kristina, who was "crying and screaming" in the hotel lobby. 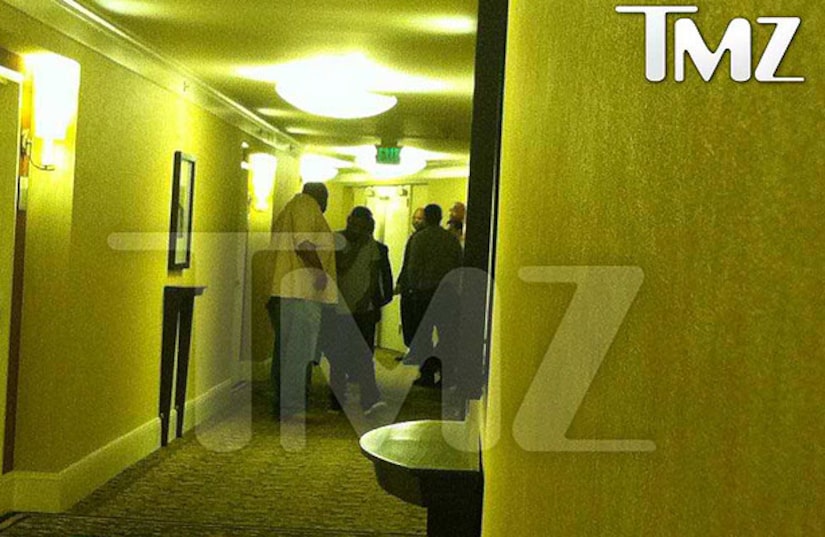