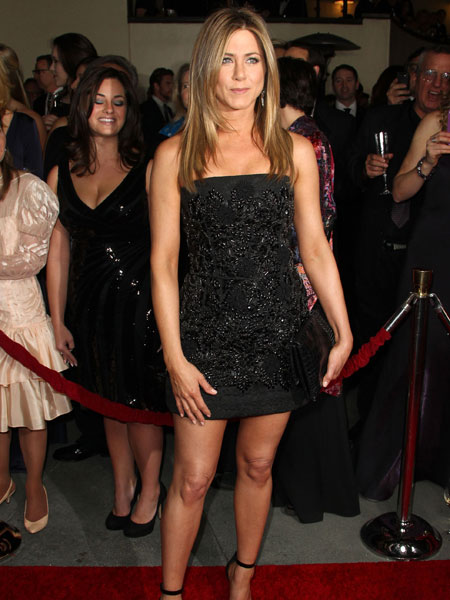 Aniston, who has had quite a year -- with being named the sexiest woman of all time and falling in love with Justin Theroux, tells InStyle she works hard to maintain her svelt and toned figure.

"I work out almost every day, at least five or six days a week," she told InStyle. "I do 40 minutes of cardio: spinning, running, the elliptical, or a combination of all three. Then I do Pilates one day a week, and I do yoga in addition to that, three days a week. I try to mix it up.

"I take 8 pound weights with me whenever I'm staying in a hotel." she added. "It's always good to do arm exercises when you're watching television or talking on the phone. I also love to stretch before I go to bed, and usually throw in a couple of sit-ups."

The actress loves to exercise, and part of that comes from being so happy in her one-year relationship with Theroux.

The pair met on the set of "Wanderlust," which opens February 24.