Madonna talked about her Super Bowl performance during an interview with Ryan Seacrest on Friday, and addressed the middle-finger M.I.A. controversy.

When Ryan asked, "What was your reaction to the sneaky move M.I.A. pulled," the superstar replied, "Well, to tell you the truth, I didn't even know about it. I actually didn't know about it until I left. I was really surprised."

She added, "I mean, I wasn't happy about it, because for me, I understand it's kind of punk rock and everything, but there was such a feeling of love and good energy and positivity, it just seemed... negative." 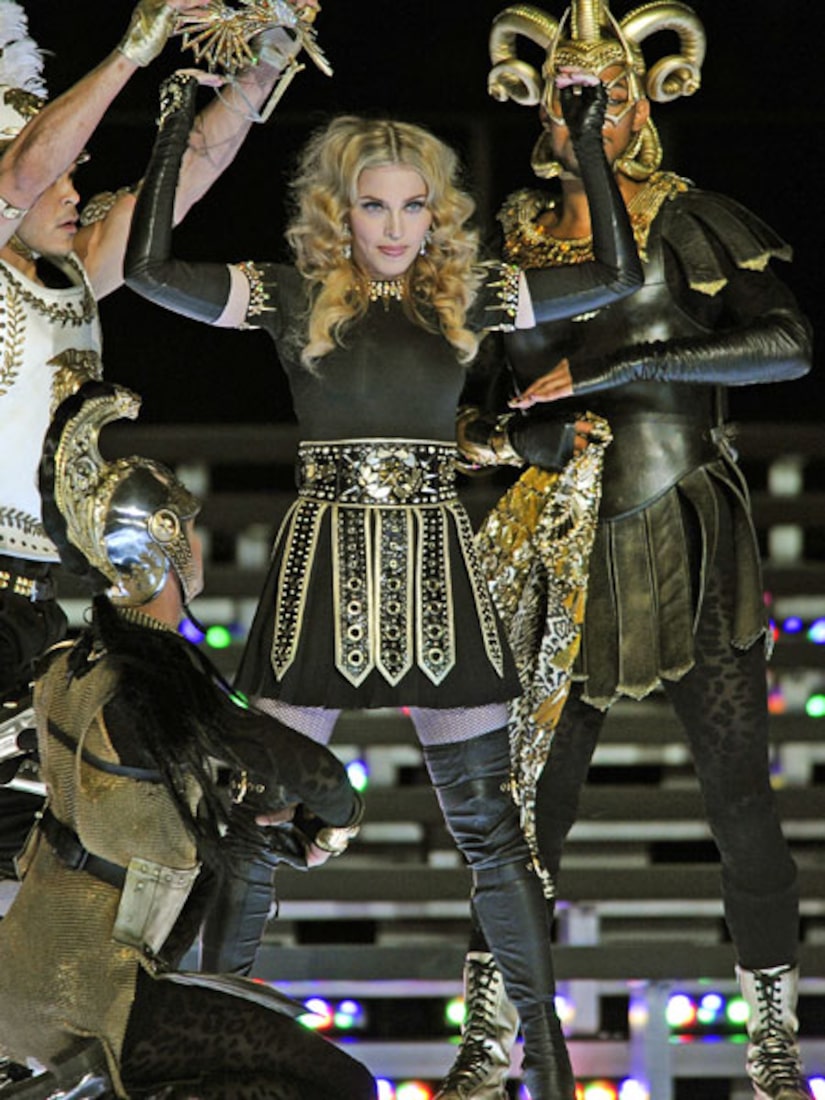 Madge also said she felt "an incredible sense of, it sounds cheesy, but warmth, love and support," during her performance of "Like a Prayer." She chuckled, "I didn't want it to end."