Actress Halle Berry reportedly has two stalkers; Richard Franco, a man who previously trespassed on Berry's property, and Robert Hoskins, the mental hospital escapee who once served 10 years in prison for stalking Madonna.

(Scroll down for updates!) 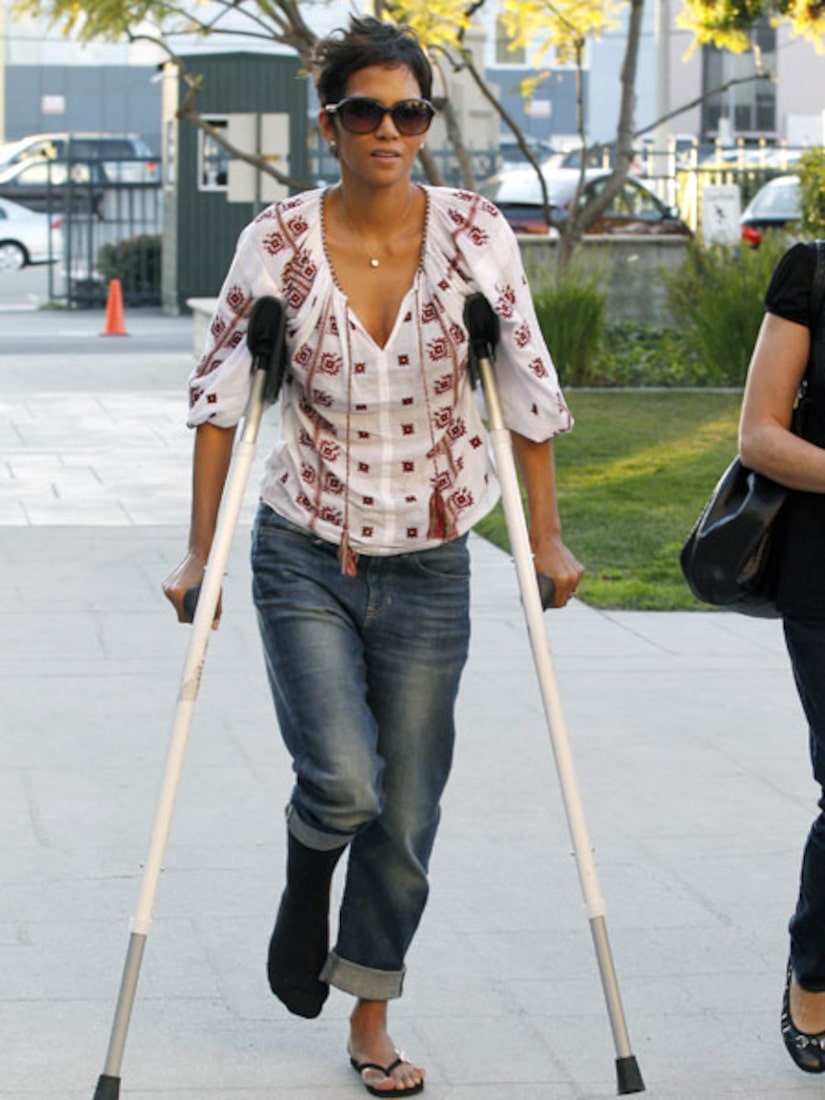 Franco, 27, was released on Jan. 21 after serving 193 days in L.A. County jail for felony stalking and burglary. Franco is required to stay 100 yards from Berry and Nahla.

Hoskins, 54, was shot by one of Madge's bodyguards when he jumped the fence at her Hollywood home and threatened to slit her throat.

Prosecutor Rhonda Saunders, who helped put Hoskins away, told "Extra," "He's violent, dangerous, and from what I hear, off his meds." She added, "He told a psychologist, as soon as he gets out he wants to get a gun and start shooting the stars."

Perhaps this frightening news of both men no longer being locked away prompted Halle's decision to ask a family judge if she and Nahla could relocate to France with fiance Olivier Martinez.

Meanwhile, Halle's ex, Gabriel Aubry, is reportedly trying to do what he can to block the move.

UPDATE: Robert Hoskins was arrested not too far from Metropolitan State Hospital. LAPD confirmed with "Extra" that Hoskins was picked up around 9:00 AM Friday and will be returned to the mental institution. Story developing...