Talk show host Rosie O'Donnell sat down exclusively with "Extra's" AJ Calloway on the brand new set of "The Rosie Show" in Chicago, where O'Donnell revealed she's been getting healthier, exclaiming, "I lost 16 pounds!"

O'Donnell revealed that her fiancée, Michelle Rounds, is trying to conceive. "When I met her she told me she was trying to have a baby. I thought that was great. I said to her, 'You'll never regret it.' And she's 40 now and she's going through all the stuff you have to go through to make that happen."

The comedian/actress happily gushed about her future wedding ceremony, saying, "We're trying to make it a day we will not forget. It's fun 'cause I didn't do this with Kelli [Carpenter] the first time. We didn't have family around, so it feels like the first time, in many ways." 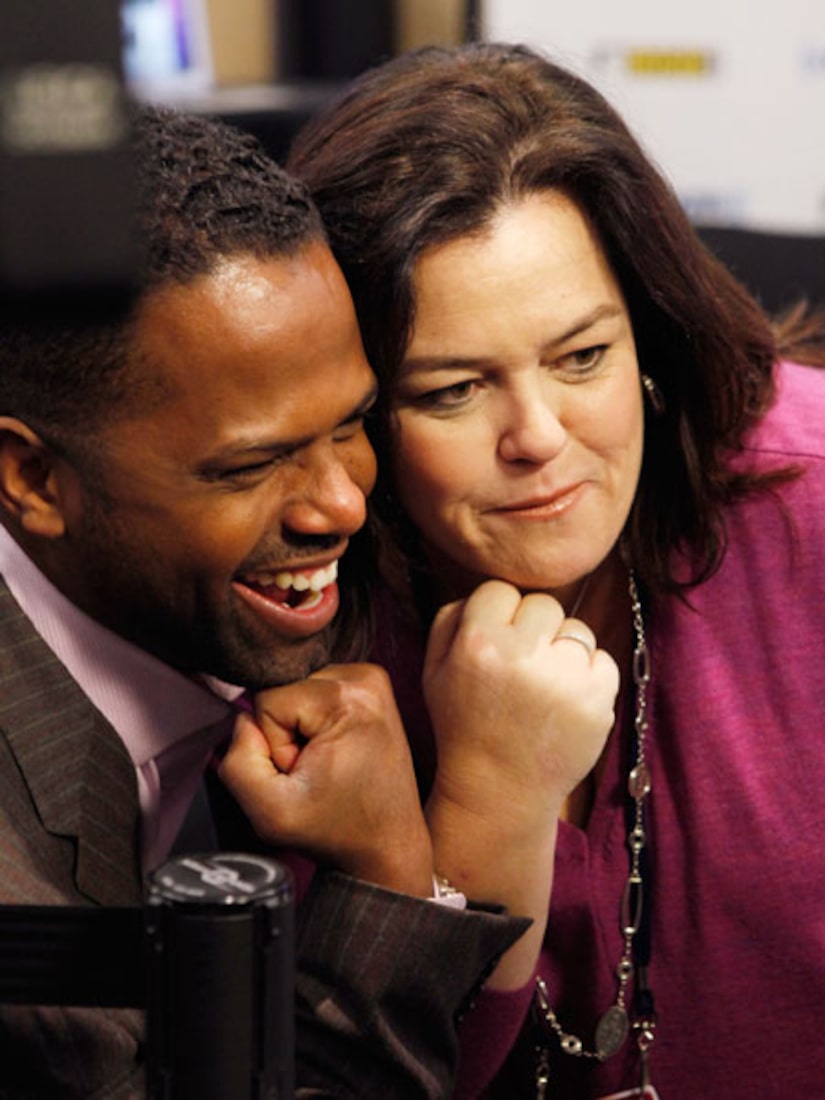 After showing Calloway a few photos of Barbra Streisand ("I don't do anything without a Barbra Streisand picture in a frame that she would approve of") and a shot of her and Rounds ("There's me and Michelle where I think I look like a boy from a band in Ireland. Hello."), she explained her decision to finesse the show as she saw fit. "So when I first talked to Oprah, I was going to do a version of her show. And then, it was thought, let's do something lighter and funnier."

"But truthfully, it never felt right, AJ. It felt like I was doing my old show again and I didn't want to do that. Oprah said, 'Rosie, follow your instincts.' That's the greatest advice she's given me."

Catch "The Rosie Show," weeknights on OWN.