Reese Witherspoon sizzled on the red carpet at the L.A. premiere of "This Means War" on Wednesday. 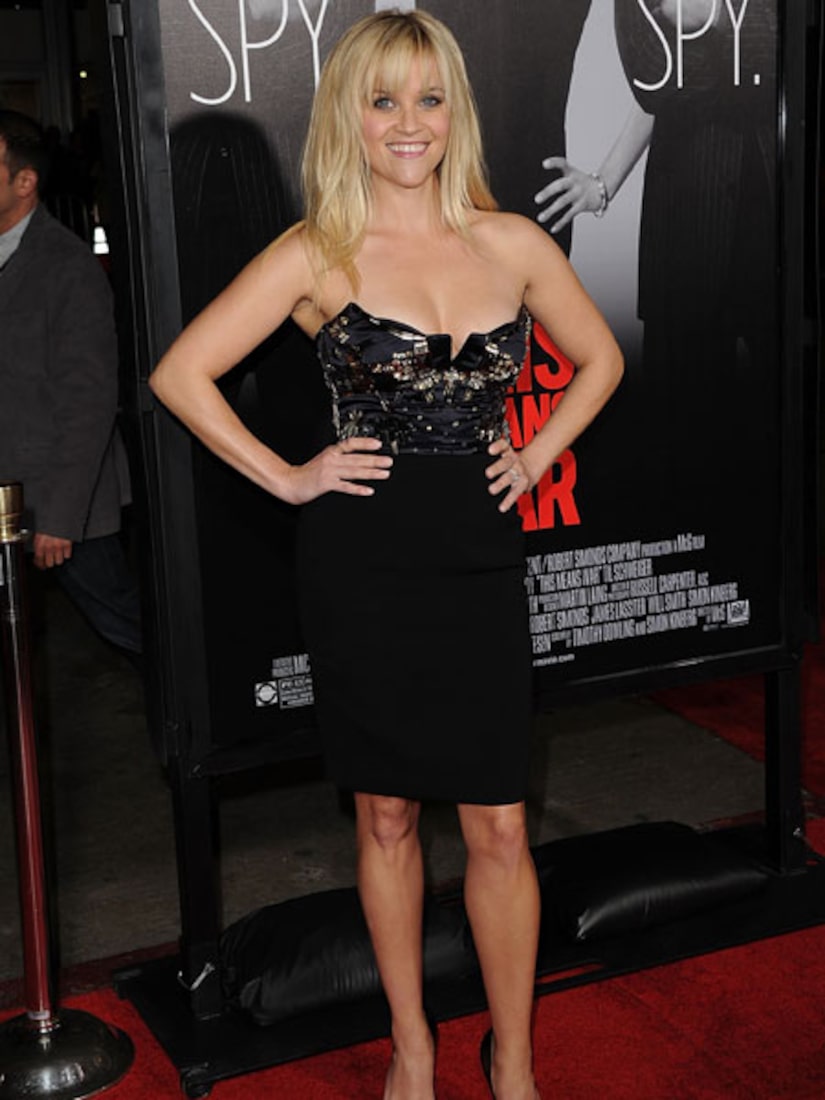 The star, caught in the film between two gorgeous hunks (Chris Pine and Tom Hardy), spoke with "Extra's" Terri Seymour and dished out some love advice. "I think it's really important to listen to what they like. And so it's important to know your guy and what he enjoys."

Terri asked how far she used to go in pursuing a man she was interested in (before Reese recently tied the knot a second time), and the actress replied, "If I liked the guy, I was pretty open about it. I don't know if I was as aggressive as other people are, but I was very focused about it." Reese was previously married to Ryan Phillippe and dated Jake Gyllenhaal for three years.

Witherspoon said she was looking forward to spending Valentine's Day with husband Jim Toth, and said, "It's a fun holiday. I just went and bought all my chocolates today. It was fun."

She revealed she got her husband a gift, but explained, "It's a secret. I can't tell anybody."