Demi Moore is spending some much-needed time in rehab, and coincidentally, the troubled actress is at the same facility as Charlie Sheen's ex-wife, Brooke Mueller, according to X17Online. 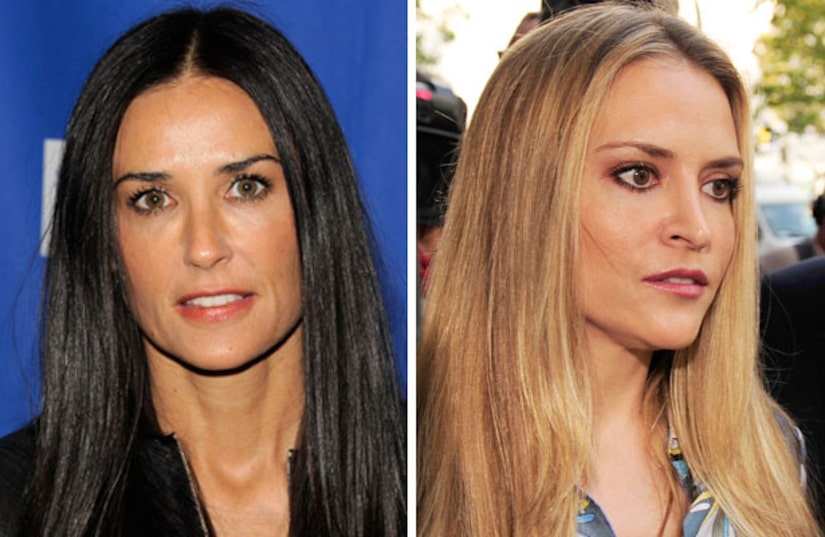 "Extra" was the first to report that Moore was admitted last week to the luxurious, $1,500-a-day Cirque Lodge in Sundance, Utah. Mueller, 34, entered the facility a few weeks prior to Moore's arrival. Brooke, who has been in rehab several times before, was arrested for cocaine possession last December in Aspen. A source revealed, "Brooke is in treatment and doing fine. She'll get through it and she knows there's a good chance this won't be her last time in rehab."

The insider also said Mueller's parents are staying at a cabin nearby with her twin toddlers, Bob and Max, and bring the boys to visit her on a regular basis.

Meanwhile, Demi's treatment intensifies and sources say she is nearly in seclusion, and is only interacting with a small group of people as she addresses her eating disorder and addiction issues.

Demi's youngest daughter, Tallulah, recently celebrated her 18th birthday without Moore, and was snapped wearing a crown during a bash at her dad Bruce Willis' home. Outside Willis' residence, police were called to disperse the huge crowd of paparazzi eager to get a glimpse of Demi's daughters.

"Lifechangers" host and addictions expert Dr. Drew Pinsky said, "Somebody with the kinds of trauma that [Demi's] been through -- self-image issues, the self-worth issues -- it has to end in disaster if it's not really aggressively treated."