Courtney Love plans to sue over leaked "confidential" deposition papers filed by her daughter, Francis Bean Cobain. According to the NY Post, the documents alleged Love's drug use, and claimed the family dog and cat died as a result of her drug-induced behavior. 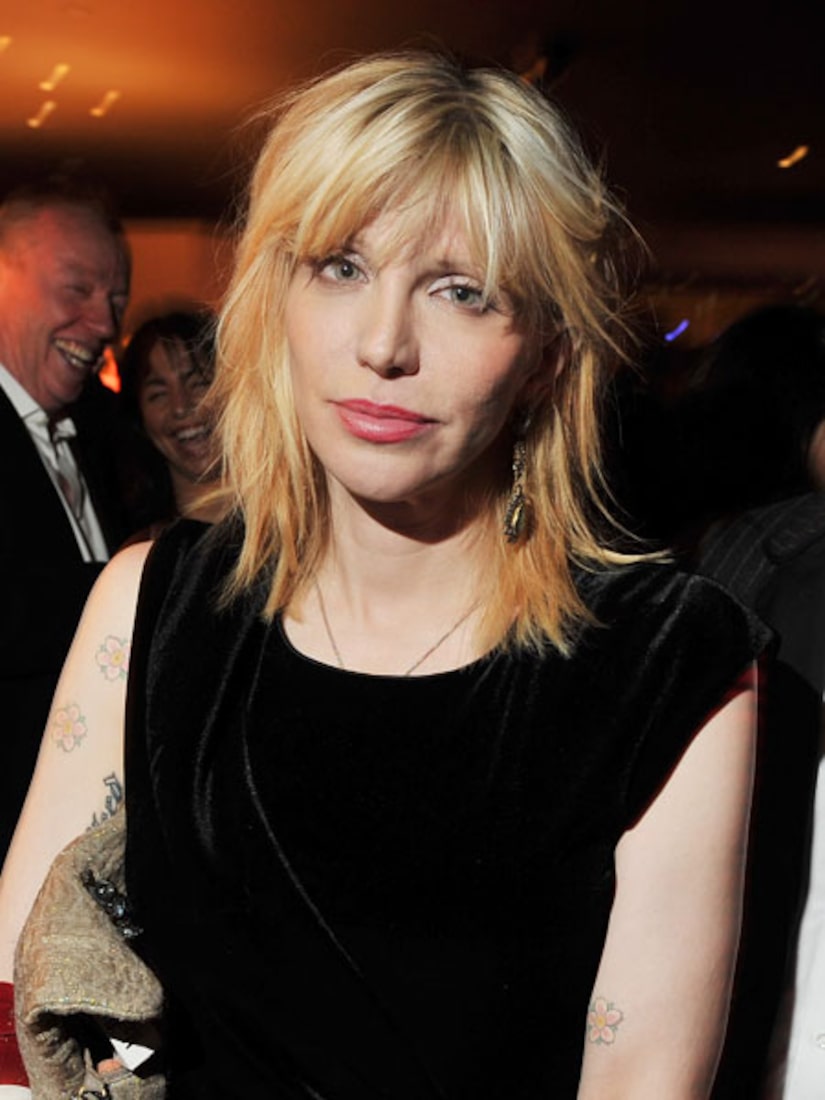 The paperwork was filed in 2009 when Francis was seeking a restraining order against her mom. Love's attorney, James Janowitz, is investigating how website, The Fix, and a new e-book, "Courtney Comes Clean," was able to directly quote statements from the papers.

Janowitz explained, "I was the lawyer who worked on these [family court] proceedings in Los Angeles, and the filing was confidential and sealed as is customary in these kind of cases. I don't know how they were disclosed. When I find out what happened, we will take the appropriate legal action."

The shocking court papers claimed the family cat died after getting "entangled" in Love's piles of possessions, while the dog, Uncle Fester, allegedly swallowed some of Love's prescription pills. The papers also said Cobain was concerned over her mother's prescription drug use and starting fires while smoking in bed -- a dangerous move the Hole singer has made more than once.

The Fix editor and author Maer Roshan said, "I honestly regret that Courtney is upset. While there's been lots of press about the deposition, reviews of the book have universally commented on its nuanced and empathetic portrayal. As most people know, Courtney is not a model of discretion. The details about the deposition are absolutely true, and I stand by every word in the book."