As a busy Kim Kardashian spends time in Miami to promote a new D-A-S-H store opening, a report claims the reality star has been secretly hooking up with NY Jets pretty boy, Mark Sanchez. 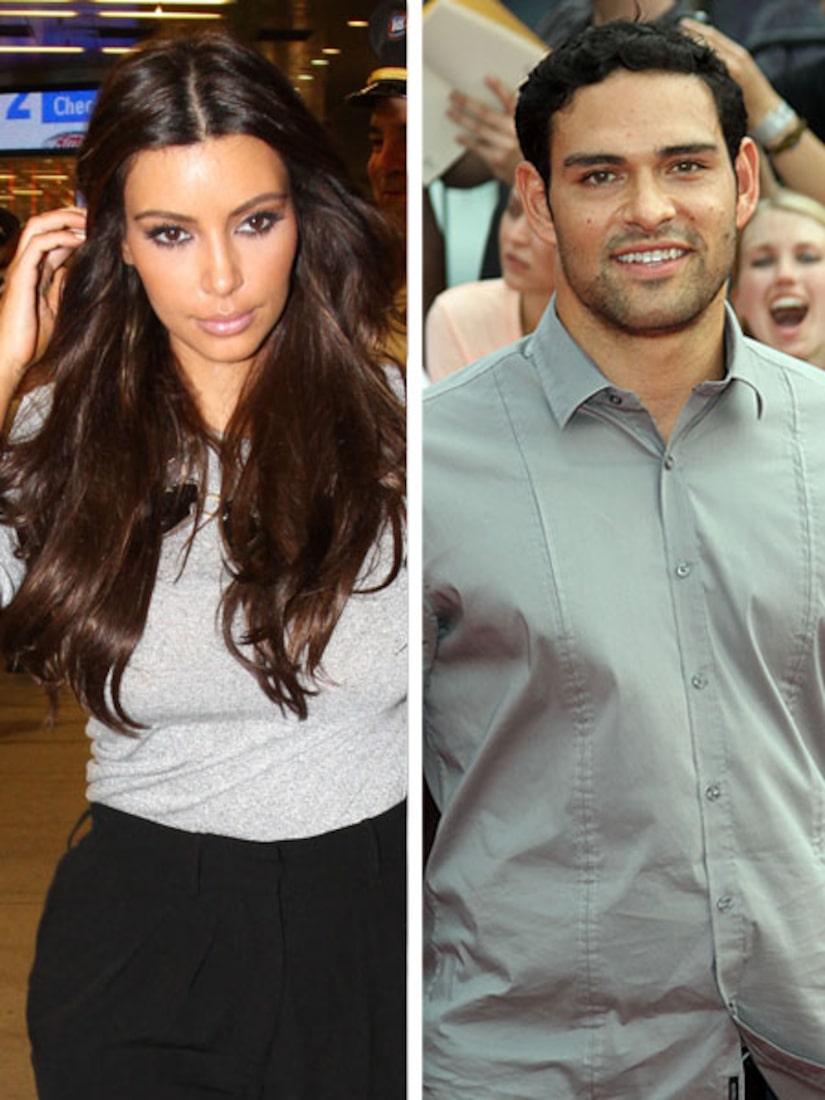 Starberryicecream.com claims the curvy 31-year-old and hunky quarterback have been spending time together, meeting in "hotels for dinner dates and flings."

A source revealed, "Whenever Kim is in New York, they hang out. They are very careful with not being seen together -- Mark is seeing someone! She has her hopes set on a bigger star than Sanchez. But for now, he'll do."

The insider also said Kim and Mark are planning a special rendezvous for Super Bowl weekend.

The foxy brunette seems to have a weakness for pro-athletes. Kardashian was infamously married to New Jersey Nets star Kris Humphries for about forty days, and was in a lengthy relationship with Miami Dolphins running back Reggie Bush, and dated Dallas Cowboys wide receiver Miles Austin for a summer.