"Extra" sources reveal that Beyoncé was not offered half a billion dollars to be a new judge on Simon Cowell's "X Factor." 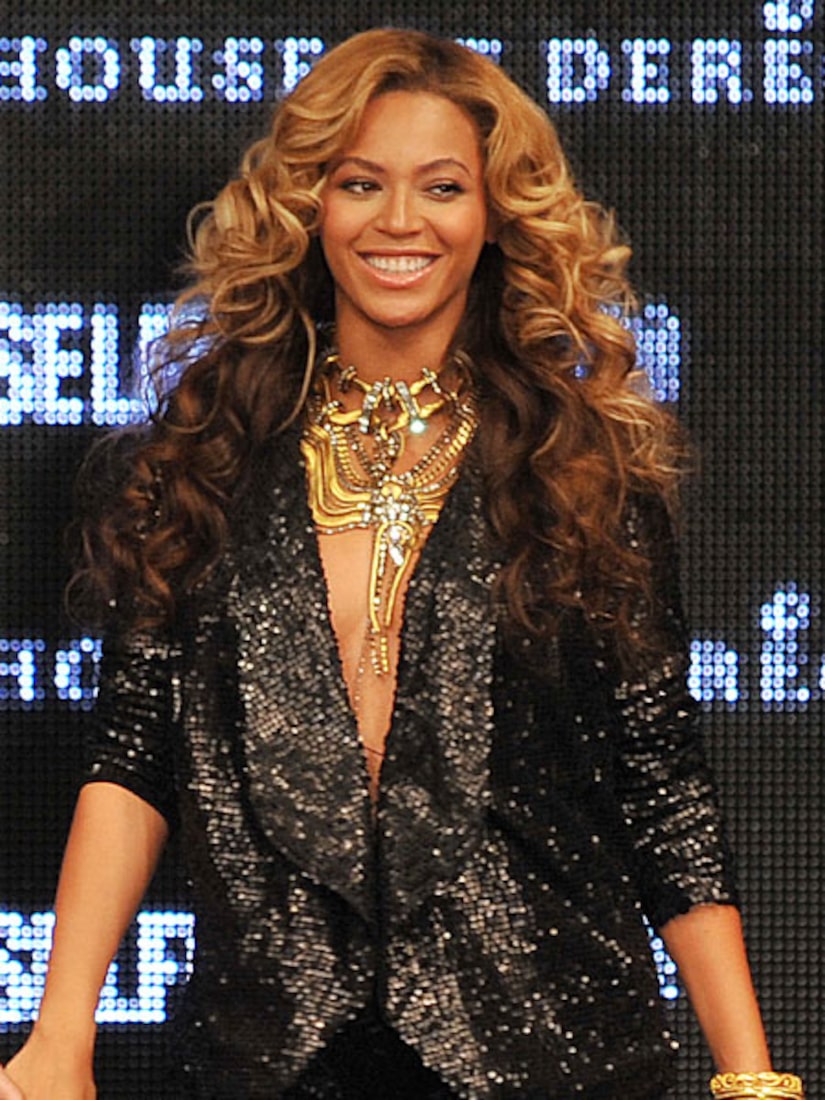 Reports say that the talent show boss reportedly had his eye on the sexy singer and new mom, and was ready to shell out an incredible $100-million per year if she signed a five-year contract with "X Factor," but it just isn't so.

A source from Media Takeout said, "He wants a big name female star on the panel. Mariah [Carey] is good, but she's not that hot today."

The insider continued, "He wants Beyoncé because that would immediately give him the bounce needed to beat 'American Idol.'"

If such a lucrative deal were signed, it would make Beyoncé one of the highest-paid entertainers in the industry -- making the singer and her husband Jay-Z worth well over $1 billion combined.

Besides Cowell, music producer L.A. Reid is the only judge returning to his seat on the panel for the second season of "X Factor."

"Twilight" stars Robert Pattinson and Kristen Stewart earned $20 million each, thanks to the franchise's huge success.

Victoria and David Beckham share four beautiful kids and a giant $45-million paycheck.Beckham, whose career has slowed down a bit in recent years, still collects huge endorsement checks from athletic companies like Adidas, and more recently Samsung, according to Forbes.The soccer pro earned $40 million over the last year, while his wife Victoria accounted for the other $5 million, thanks to her trendy fashion line.

Quite possibly known as the most famous and beautiful couple in the world, Angelina Jolie and Brad Pitt had a combined annual income of $50 million.Jolie banked about $30 million last year thanks to "Salt," and "The Tourist," and her partner Brad pulled in $20 million.

Music's most powerful duo, Beyonce and Jay-Z, pocketed a staggering $72 million.Beyonce took home $35 million, mostly due to lucrative business deals with L'Oreal, DirecTV, General Mills and others.Her husband's $37 million was due in part to the 10-year Live Nation deal he made in 2008, and the profits from his shareholding of the New Jersey Nets, 40/40 Club franchise and ad firm, Translation.