Oprah marveled, "Can you believe it? And not only are 100 percent graduating, 100 percent are also going to college!" 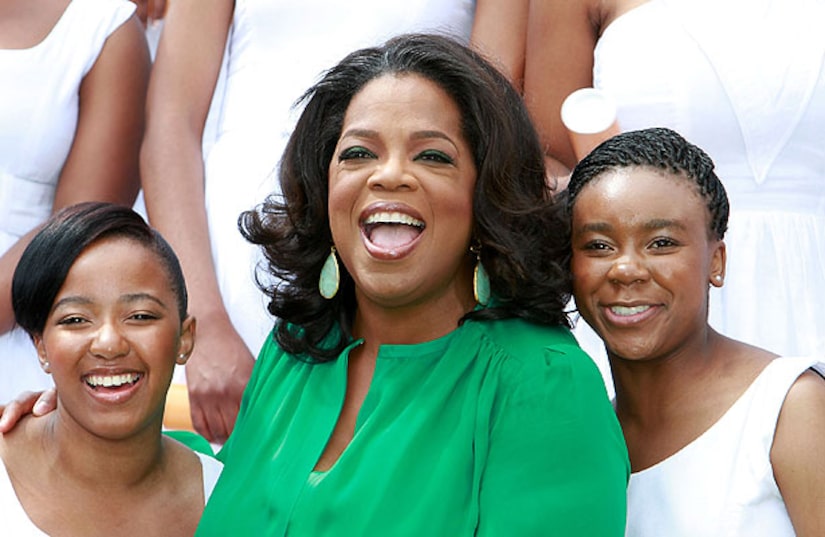 Speaking of her network, what is the future of OWN? Winfrey explained, "The reason I did OWN was I wanted to continue the platform to speak to people in a way that made them feel inspired. And that's been harder than I thought it would be, but it's also been as exciting as I thought it would be."

Calloway pointed out "Oprah's Next Chapter" is a huge hit. Oprah replied, "Yes, that's nice, a good start. Now I just need 23 more hours a day, but that's a good start. What I know now is you start one show at a time, one night at a time... building your nights instead of trying to do it all at one time."

And Oprah said she's "always looking" for new shows. "Every time I meet somebody now I'm like, 'Do you want a show?' I'm looking for everybody who has great ideas."

Tune in to "Extra" on Thursday for more of our special one-on-one interview with Oprah in South Africa. And check back Friday for more, including a touching tribute from Winfrey's longtime boyfriend, Stedman Graham, and a personal tour of her South African home.