A black Lexus belonging to Ashton Kutcher was spotted pulling up to Demi Moore's home on Wednesday afternoon, after a concerned-looking Bruce Willis arrived to her residence earlier in the day, according to X17Online. 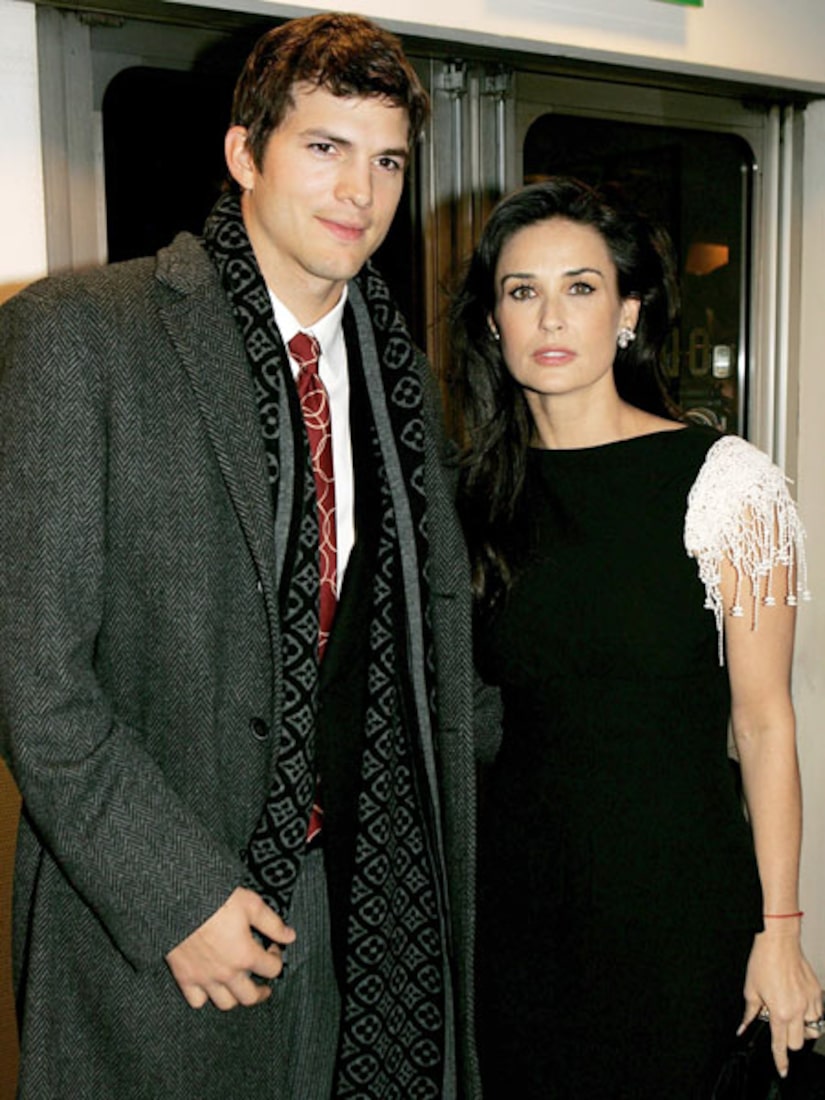 These visits were made hours after People's cover story detailing shocking revelations from insiders, who claimed Moore was starving herself for love. A source from the magazine told "Extra," "She constantly needed reassurance that she was sexy and good-looking."

The source added, "When Demi sensed Ashton was checking out of the marriage, she was ready to do anything to keep him."

"Lifechangers" host Dr. Drew Pinsky explained his thoughts on the situation, saying, "They idealize that person, they idealize their relationship, it's inevitable that it goes down in flames."

Kutcher was last seen partying in Brazil with supermodels, while Demi was rushed to the hospital. Ashton returned to L.A. from Sao Paulo last week.

The Good Times: Ashton and Demi

The actress is said to be "embarrassed" over reportedly inhaling nitrous oxide and smoking a powerful incense drug, causing her to have convulsions and landing her in a Sherman Oaks hospital. A source told People, "Ego-wise, this is the worst thing that could happen to Demi, because she's such a private person."

The insider added that Moore's faith in Kabbalah will help her recover, pointing out that her spiritual beliefs "can be an opportunity, a blessing and not a curse."

Dr. Drew, an expert on addiction, said, "People who get into eating disorders and addictions don't cry for help. They just go until they nearly die and then they are willing to get help."