Demi Moore is on the latest cover of People, which reveals new details about her "dangerous desperation to stay young and skinny." 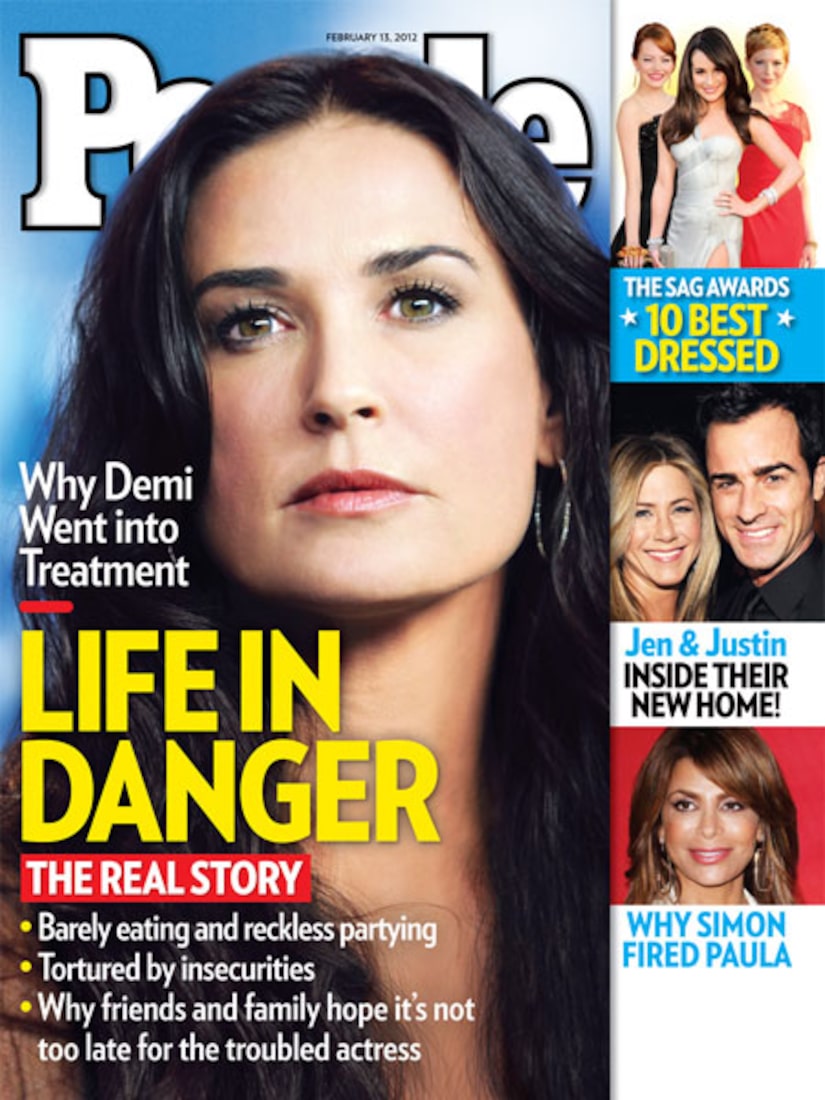 As her marriage to 33-year-old Ashton Kutcher was ending and her 50th birthday approaching, the actress grappled with feelings of insecurity, and according to insiders, she partied hard and was hardly eating. The mother of three was reportedly addicted to Red Bull, inhaling nitrous oxide, or whip-its, and was suspected of smoking a powerful incense drug, K2, before her hospitalization in January.

A source revealed, "As Demi got older, she convinced herself that she needed to stay young and skinny to remain attractive to her husband. She needed reassurance all the time that she was hot and sexy."

Another source explained, "She was always fixated on being young. And the only thing that tied her to that, as she got older, was her marriage to a younger guy and hanging around young people."

Moore is currently seeking treatment for substance abuse and anorexia.