Talk show host Rosie O'Donnell chatted with America's favorite physician, Dr. Oz, on "The Rosie Show" during a special, two-part episode. O'Donnell, who is engaged to Michelle Rounds, revealed that her fiancée is "trying to get pregnant." 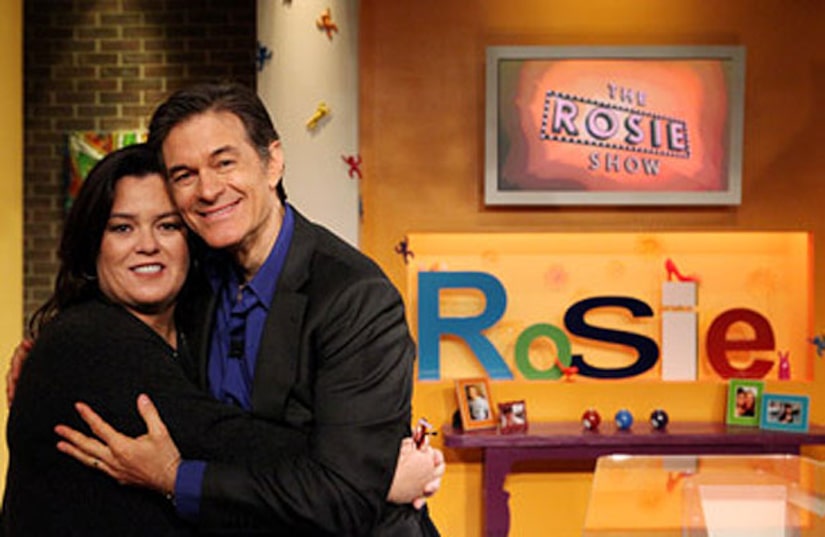 Rosie, whose ratings are up, will tweet live during the show -- which will feature tough health issues such as emotional eating, weight loss, getting healthy and depression.

Part one will air Friday, followed by part two on Monday, Jan. 30, on OWN.