The late Michael Jackson's children - Prince, Paris and Blanket - are paying tribute to their father Thursday in Hollywood, using the King of Pop's shoes and a sequined glove to make hand and foot impressions in the concrete in front of Grauman's Chinese Theatre. 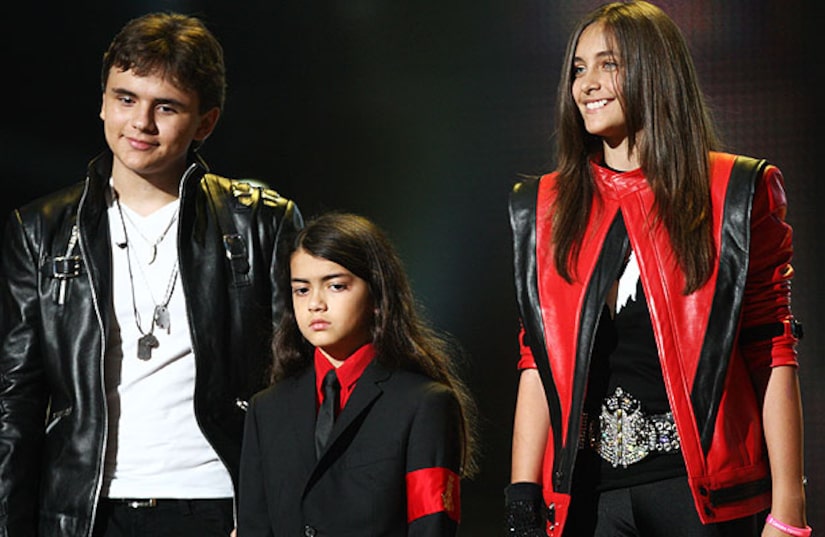 Matriarch Katherine Jackson will also be in attendance, as will Michael's brothers, Tito, Marlon and Jackie Jackson. The celebrity guest list includes Justin Bieber, Smokey Robinson, Chris Tucker, members of the cast of "Glee," and Quincy Jones, according to organizers.

The special event is part of the promotion for Cirque du Soleil's "Michael Jackson: The Immortal World Tour," which makes its Los Angeles debut Friday night.

The "Immortal" show is touring the United States and Canada through this year before taking up residency in Las Vegas.