Madonna walked the red carpet in a star-studded premiere for her drama, "W.E." in NYC last night, and addressed the Elton John/David Furnish feud after she won the Golden Globe for Best Song. Madonna said, "You know what, honestly, I was oblivious to it all. It was brought to my attention afterwards and I don't... I just keep going and don't pay no mind to things like that." 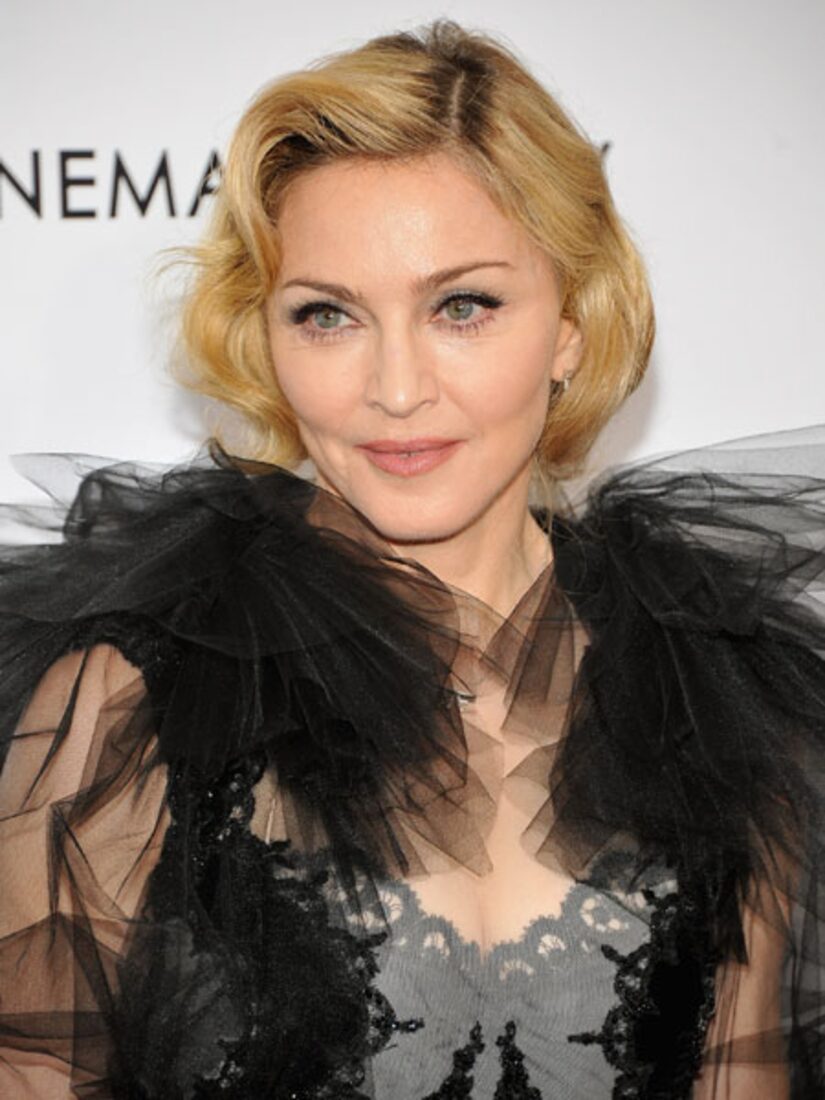 Madge recalled her emotional moment at the Globes, saying, "I was really surprised, I have to say. I always say, 'Don't expect to win and if you do, you're pleasantly surprised.'"

The elegantly dressed director is juggling her hectic schedule, preparing for the Super Bowl halftime show, in addition to working on her 12th album, dubbed, "M.D.N.A." and promoting her film. The busy star said, "My head is spinning. By the time you interview me, I can't think straight."

The singer hinted at what's in store for the halftime show, revealing, "I know what songs I'm doing, I have my guest artists, I know what I'm wearing, and I just hope I can negotiate the high heels I have to dance in." According to a source close to "Extra," L.M.F.A.O. could be one of the guest artists sharing the stage with Madonna.

In choosing sides for the football game of the year between the New England Patriots and the NY Giants, Madonna asserted, "It's a tough one... I'm just focusing on my performance okay, don't ask me to take sides!"