Hours after confirming he was splitting with Heidi Klum, Seal was snapped arriving to a Los Angeles studio on Monday, still wearing his gold wedding band, according to X17Online. 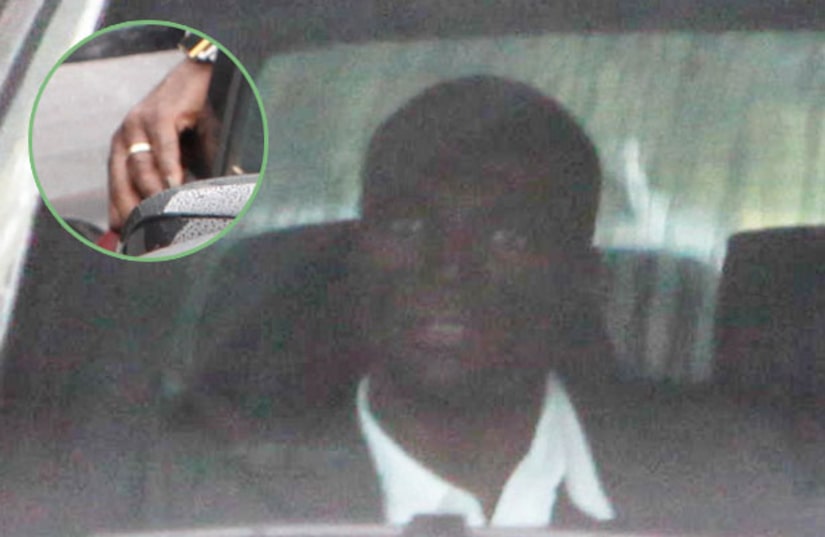 Despite the breakup news, the singer was out and about -- most likely due to his new album, "Seal Soul 2," which drops Tuesday.

In fact, he gave an interview with Tavis Smiley on PBS, which airs Friday, in which Seal says the breakup would never turn nasty. "We're just not those kind of people." Seal explained further, "What one has to do in this situation is to remain civil, to retain one's dignity, to be professional, and to understand that we are not the only people on this planet that are going through this."

The seemingly happy pair, who renewed their wedding vows every year, announced they were divorcing after seven years together. Heidi and Seal have four children.

Photos courtesy of X17Online. For a complete gallery, click here.

Why is Seal So Sexy?

"I don't know why I got so lucky. I have to pinch myself often and say, 'Is this just a dream?' Not only do I love my husband for the obvious reasons, but also he is one of the kindest, most loving men I have ever met."He is sexy to me because he is fearless and not afraid to show his emotions. He is a super sexy, hot kisser and... he is sexy to me because he can be singing in front of 25,000 people one minute and, the next, be changing our daughter's diaper." --Heidi

"Each year, Heidi and I get remarried. It's a great party, but for about an hour, we go off on our own down to a private beach. We sit there with the kids and read vows to each other as the sun sets. It's a very special moment to us." --Seal

"When I first met Seal he had a kindness and compassion that was so sincere I knew he'd be a good father. But it wasn't until Leni was born and we had our three other children that I grasped what a great dad he is. He has infinite amounts of love and patience for our kids. He puts me and the children first." --Heidi

"My daughter and my lady are the only thing going on in my life, I've dreamt my whole life of having what I have now. I feel complete." --Seal

"One of our greatest moments so far was when Leni kissed her little brother many times on the head." --Seal

Diamonds Are a Girl's Best Friend

"I love dressing up for him and putting on all the jewelry he gives me. It is such fun!" --Heidi