Brad Pitt and Angelina Jolie walked the red carpet at the Producers Guild Awards, with Brad telling "Extra" about a few pranks he has in store for his pal, George Clooney. Pitt hinted, "I've been sitting on one that is so brutal, and so ruthless. I've had it in my pocket for about five years, I think." 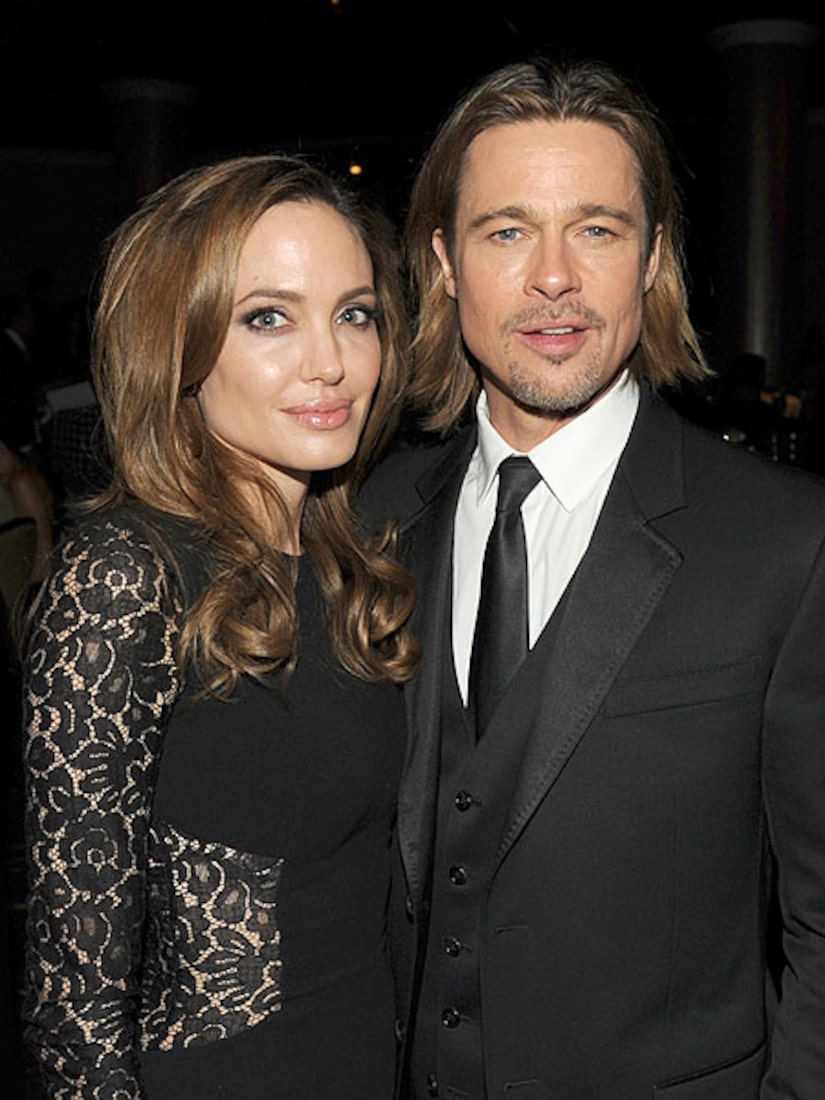 The "Moneyball" actor added, "We are like two nuclear superpowers at this point. We shouldn't launch because we will annihilate each other."

When asked if he was conspiring for something at the Oscars, Pitt replied, "No, no. We're gonna handle this one like gentlemen and we'll get dirty off camera."

The handsome hunk, dressed in Gucci, stood next to his lovely partner, Angelina -- who looked elegant in a lacy, black Michael Kors number. Jolie explained their six children are ready for awards season to be done. "The kids are getting really sick of us leaving. They're over this whole thing."

Pitt, who attended the event without the aid of his cane, revealed, "It's my knee. It's much better, but it's gonna be a while. I'm getting better."

Brad said he was extremely proud of Jolie, who was honored with the Stanley Kramer Award for her emotional Bosnian war movie, "In the Land of Blood and Honey." Pitt recalled, "I remember the morning she woke up and said she was going to write something. It's an amazing feat and I'm very, very proud of her. I know how much it means to her."

Angie, 36, said, "Tonight is about producers, it's about the craft and pulling it together and for each of us here we had our battles to get our film made, and some were very hard, so to actually get them made and get them made well, you do your best and you're very, very grateful to be acknowledged."