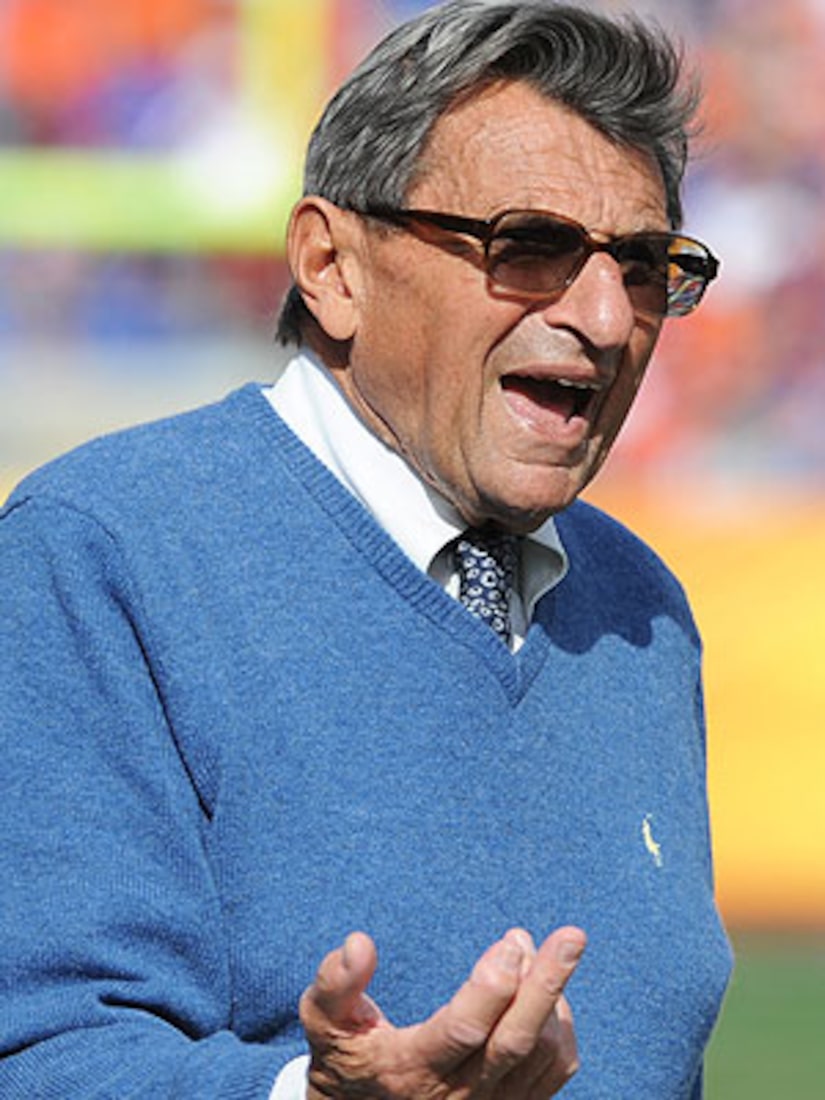 Joe Paterno, the longtime Penn State coach who won more games than anyone in major college football, died Sunday of lung cancer. He was 85.

Paterno had been hospitalized since January 13, stemming from complications to the cancer treatments.

His family released a statement, "His loss leaves a void in our lives that will never be filled. He died as he lived. He fought hard until the end, stayed positive, thought only of others and constantly reminded everyone of how blessed his life had been. His ambitions were far reaching, but he never believed he had to leave this Happy Valley to achieve them. He was a man devoted to his family, his university, his players and his community."

In his 61 years with the university and 46 seasons as head football coach, the man, known as "JoePa," won 409 games and took the Nittany Lions to 37 bowl games and two national championships. More than 250 of the players he coached went on to the NFL.

The final days of Paterno's Penn State career, however, were marred by a child sex abuse scandal involving the team's former defensive coordinator Jerry Sandusky, who has been charged with sexually assaulting 10 boys over 15 years. In 2002, Paterno failed to go to the police after being told a young boy was molested inside the football complex by Sandusky.

In November, Paterno retired and said he was "absolutely devastated" by the abuse case. "This is a tragedy," the coach said. "It is one of the great sorrows of my life. With the benefit of hindsight, I wish I had done more."

Paterno is survived by his wife, Sue and five children.