After his ex-wife told ABC News that Newt Gingrich wanted an open marriage, the presidential hopeful opened the GOP debate Thursday with a sharp denial, including an attack on the press. Gingrich insisted, "Let me be quite clear. This story is false. Every personal friend I have who knew us in that period says the story was false." 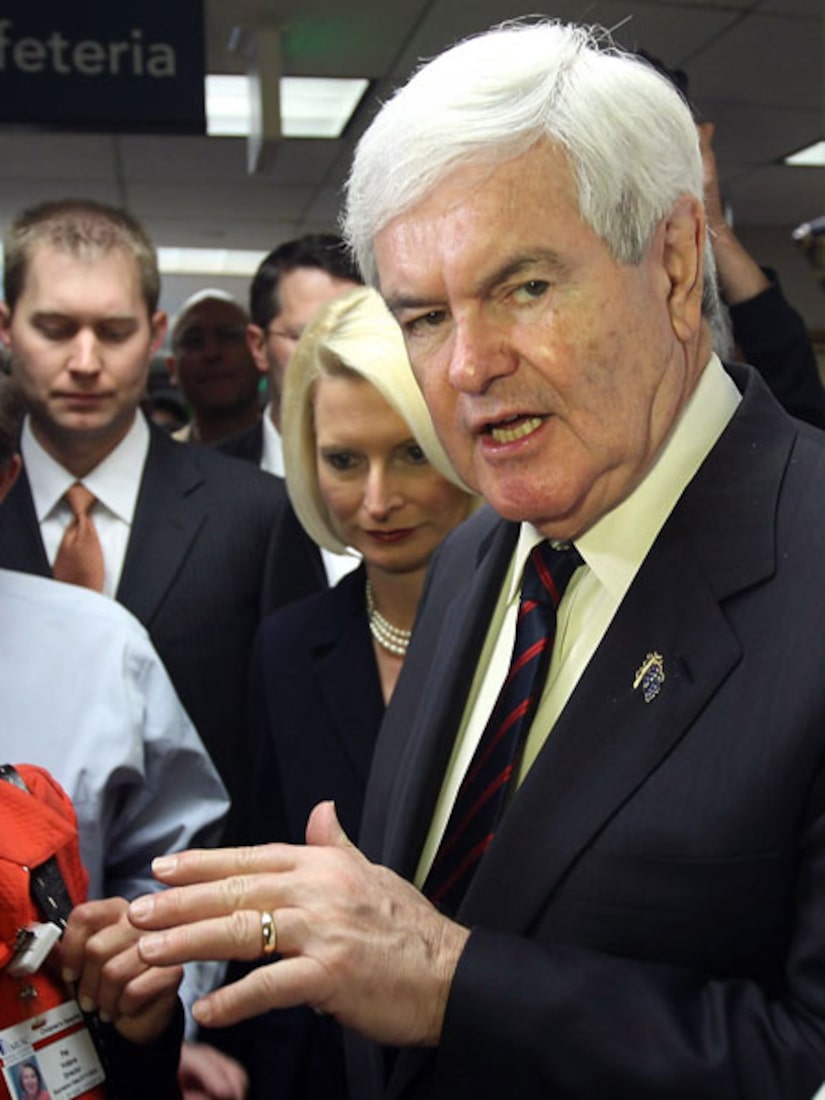 He continued, "I think the destructive, vicious, negative nature of much of the news media makes it harder to govern this country, harder to attract descent people to run for public office. And I am appalled that you would begin a presidential debate on a topic like that."

"To take an ex-wife and make it two days before the primary a significant question in a presidential campaign is as close to despicable as anything I can imagine," he added, as the audience cheered.

The former Speaker of the House's ex-wife, Marianne, claimed Newt had asked her to "share" him with his then-mistress Callista, whom he later made his third wife.

Marianne explained on Thursday's "Nightline" that she wanted to come forward with the story to reveal the moral character of her ex. "If he's running for president, he has answers to give."