When Madonna won a Golden Globe for Best Song last weekend, Elton John's husband, David Furnish, took to his Facebook page, slamming Madge's win. Furnish posted a follow-up on Friday, saying he was caught up in the moment. 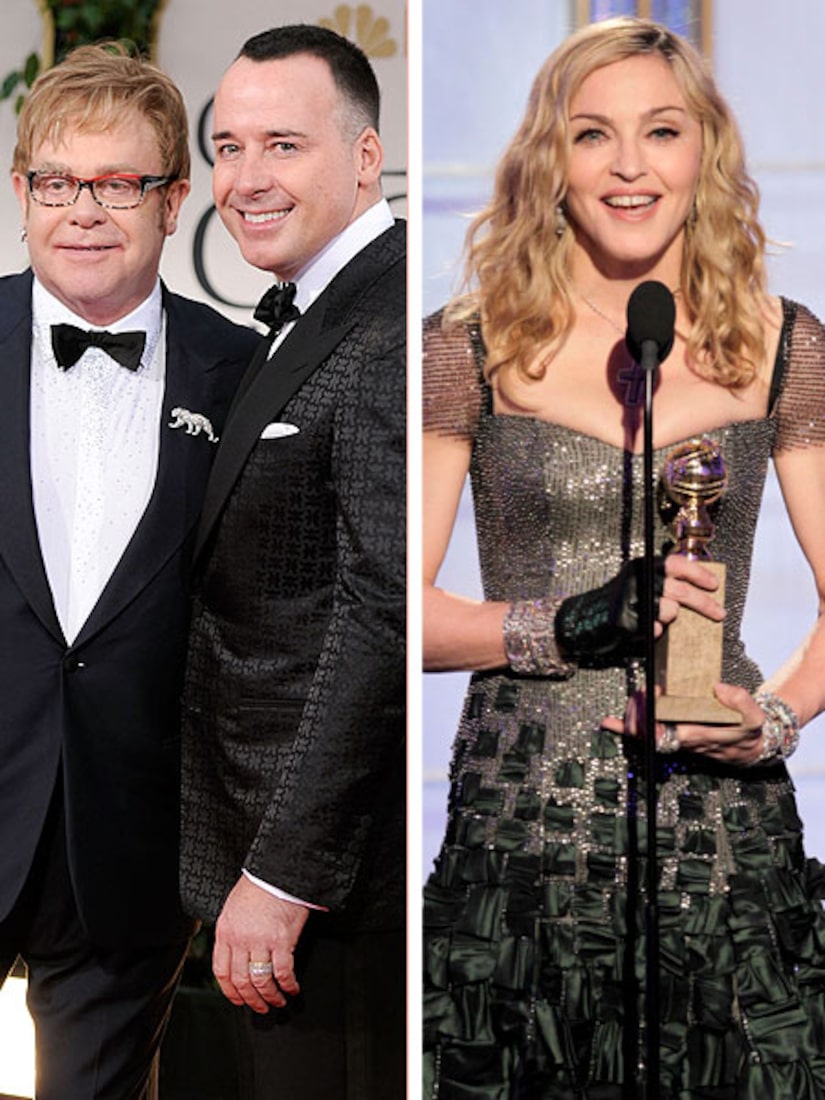 "My comments regarding the Golden Globes have been blown way out of proportion. My passion for our film, "Gnomeo & Juliet" and belief in Elton's song really got my emotional juices going. But I must say for the record that I do believe Madonna is a great artist, and that Elton and I wish her all the best for next week's premiere of the film 'W.E.'"

When Kirstie Alley boogied her way to a slimmer figure on "Dancing with the Stars," it wasn't without some criticism along the way.Late night host David Letterman poked fun at Alley's weight, but it was Alley who had the last laugh when she confronted Letterman on his show back in July.The actress said, "I thought you loved me madly, and then you talked about me being sort of chub."Letterman replied, "We do love you, and if you were skinny we would tell jokes about you... eh... probably not."

Although they are both chefs in the TV industry, Anthony Bourdain and Paula Deen have drastically different beliefs in which ingredients to use in their dishes.The Southern belle, who openly cooks her fatty meals ensuring a plentiful amount of butter, was called "the most dangerous person in America," by Anthony.Deen appeared at The Grove with "Extra's" Mario Lopez, firing back at "The Layover" host, and scoffed, "This is coming from a man that eats unwashed anuses from wildebeests, so ask me how seriously I take his complaints."The sassy queen of butter has made headlines after being diagnosed with type 2 diabetes.

Christina Aguilera and Kelly Osbourne have been at it since 2003 when Osbourne famously mocked Aguilera's singing style on her family's reality show, "The Osbournes."Their spat took a new turn last year, when Kelly commented on Aguilera's weight gain, saying, "I was never THAT fat," after the singer appeared at the Michael Jackson Tribute Concert in Oct.

The long-running feud with music giants Madonna and Elton John erupted again at the 2012 Golden Globes.Elton lost to Madge for her song "Masterpiece," and now John's significant other is fueling the flames.John's husband, David Furnish, took to his Facebook page, fuming, "Madonna. Best song???? F*** off!!! Madonna winning Best Original Song truly shows how these awards have nothing to do with merit. Her acceptance speech was embarrassing in its narcissism. And her criticism of [Lady] Gaga shows how desperate she really is." (sic) (Gaga is the godmother of John and Furnish's son, Zachary.)Their on-going rivalry began in 2004 when Elton accused Madonna of lip-syncing after she won a Best Live Act Award at the GQ Awards.He snipped, "Since when has lip-synching been live? Anyone who lip-synchs in public on stage when you pay $134 to see them should be shot.He added: "That's me off her f****ng Christmas card list, but do I give a toss? No."

Talk show host Rosie O'Donnell and billionaire businessman and "Celebrity Apprentice" boss Donald Trump have been bickering for years. It began in 2006 after a bitter battle of words over Miss USA winner Tara Conner being pardoned and allowed to keep her crown despite allegations of drug use, underage drinking and sexual misconduct.O'Donnell slammed Trump as a "snake-oil" salesman, while Trump called her a "bully" and a "loser."Their latest tiff comes after O'Donnell tweeted about watching a documentary, "You've Been Trumped," which deals with the real estate mogul bullying locals to turn Scottish wilderness into luxury golf courses.Rosie tweeted, "Just finished watching YOU'VE BEEN TRUMPED - amazing new documentary - a must see 4 all." 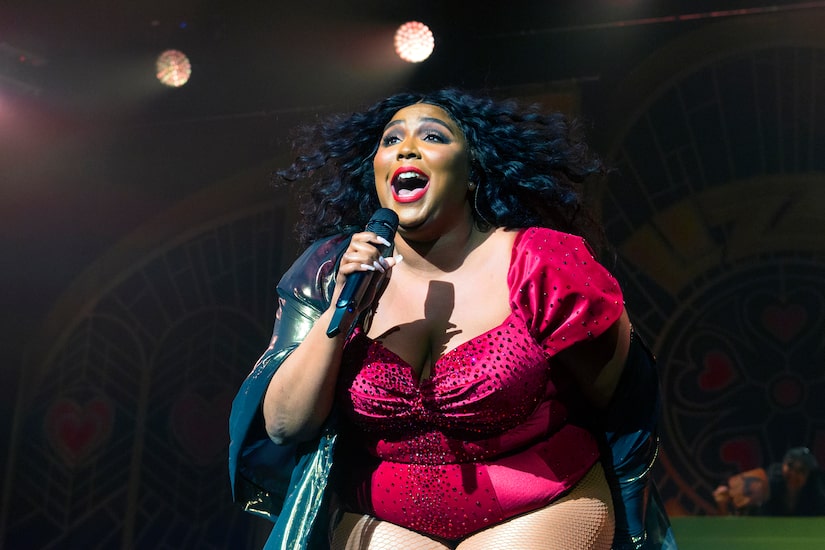