The lovely Kate Beckinsale arrived to "The Grove" to chat with "Extra's" Maria Menounos. Beckinsale, who wore a stunning Roberto Cavalli gown to the Golden Globes and landed on many best-dressed lists, said she endured some pain for the sake of fashion. "It's an outfit only good for standing up. When I sat down, I got poked by corset bones." 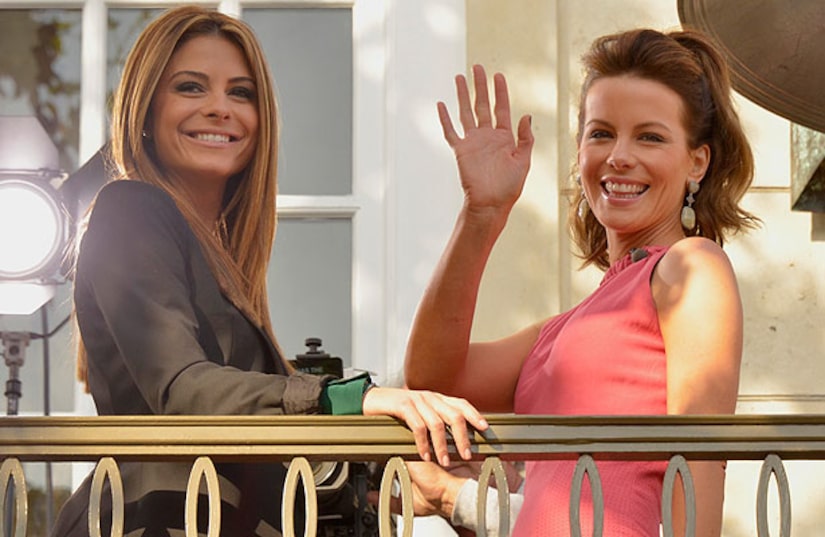 Beckinsale noted that wearing the gorgeous, cream-colored dress to the Globes came after filming her action movie, "Contraband." "I was beaten up so much during that movie, it feels like a nice reward for that." 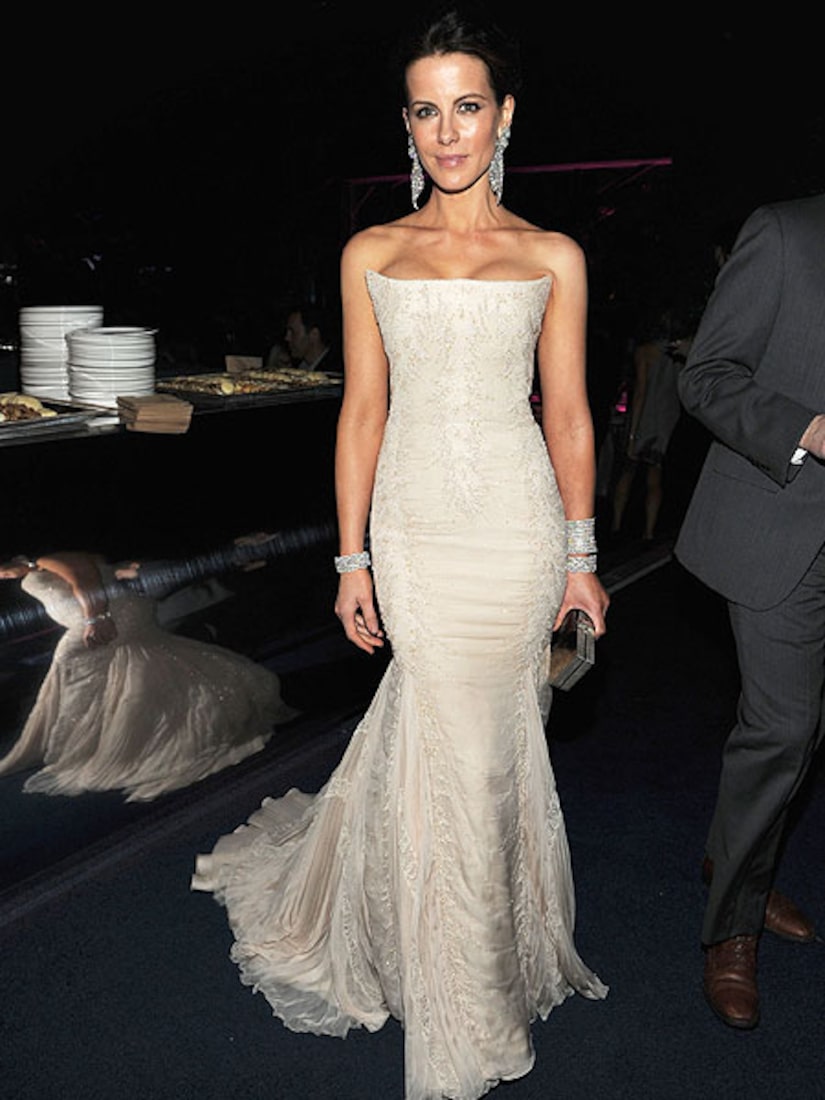 The busy mom and movie star said she is a bona fide yogi, revealing she stays in shape mainly with "yoga, that's it. I'm horrified I've become this person who's into yoga."

She added, "I'm don't have Buddhas everywhere and all that stuff, but I find it keeps me in shape, and you get to lie down at the end for ten minutes, which is the key that keeps me in the game."

Kate who also stars in the vampire sequel "Underworld: Awakening," speaks four languages. "I was fluent in Russian, but I haven't really practiced it, obviously, in the last decade. I lived in Paris for a year, so that got very cemented, and then I learned German as well, and then I find I can understand and speak Italian, so I'm quite useful in Europe."

"Contraband" is in theaters now, and the vampire/lycan battle in "Underworld: Awakening" begins Friday.