Michelle Williams, this year's winner of the Golden Globe Best Actress Award for her role in "My Week with Marilyn," covers the February issue of GQ (looking very much like the legendary blonde bombshell)... and she talks about her late ex, Heath Ledger, who died four years ago January 22. 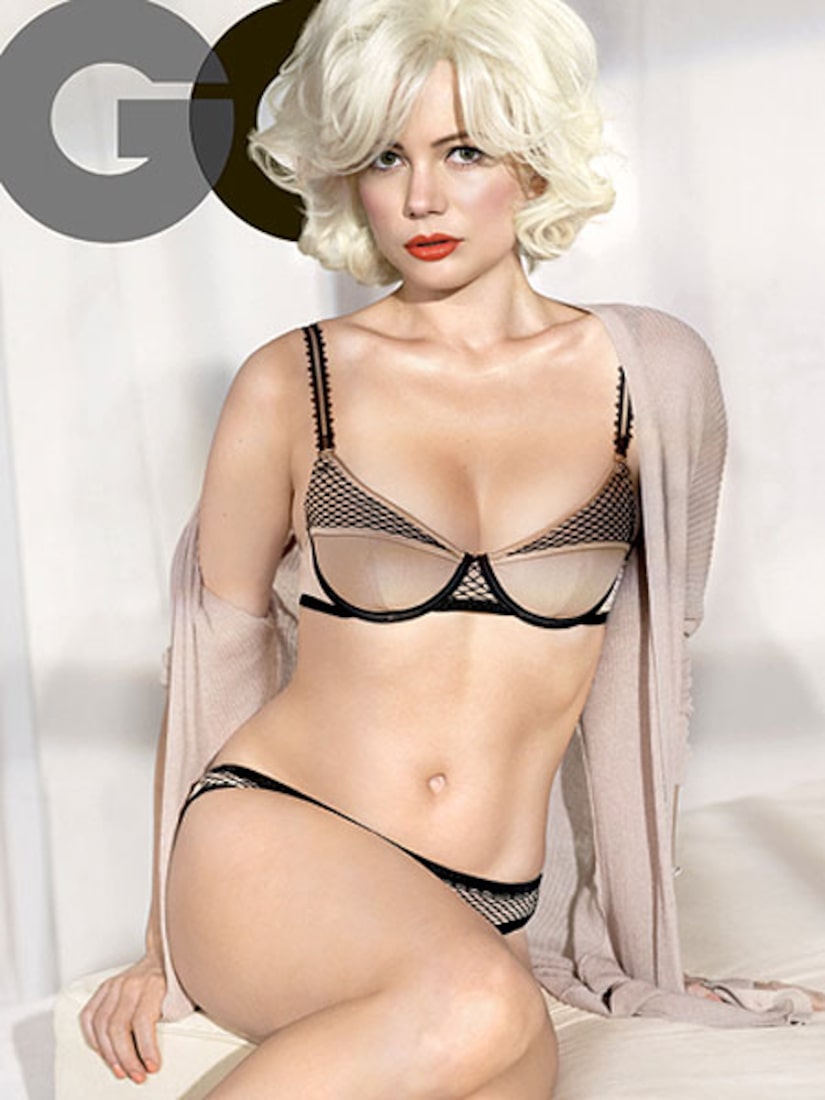 Here are some highlights from the interview:

Why she believes she and Heath Ledger were drawn to each other:
"Our initial meeting, the circumstances of how we first met, were cosmic or something. Yeah, a lot of things happened at once. It's a bit like: We had a lot of things to do, because we didn't have a lot of time, or something." 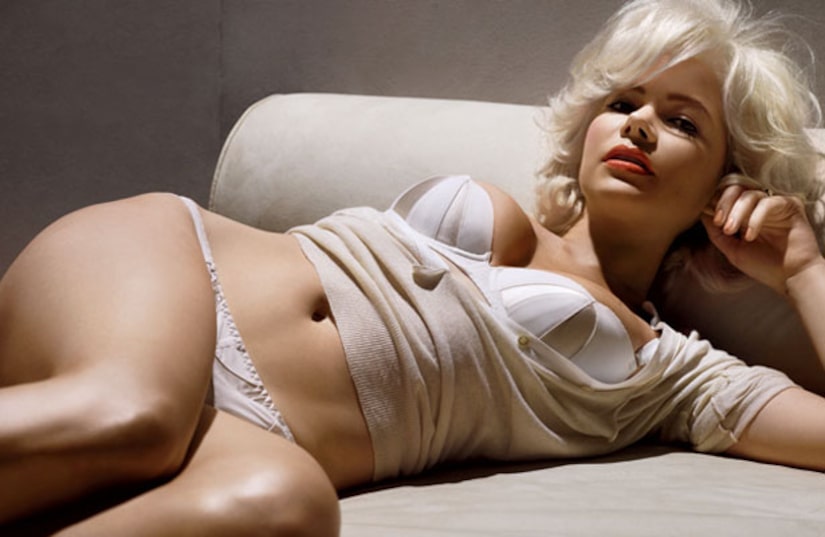 On Ledger's death and the overwhelming amount of paparazzi that followed her and daughter Matilda's every move:
"You just want to be able to walk out of your house and turn your face to the sun and stumble down a corner where you have some memory, and you're not really allowed any of that."

The issue of GQ hits newsstands on Jan. 24.