Host Ricky Gervais toned it down a bit at the 69th Annual Golden Globe Awards, taking easy shots at NBC, Kim Kardashian and Justin Bieber in his opening monologue. 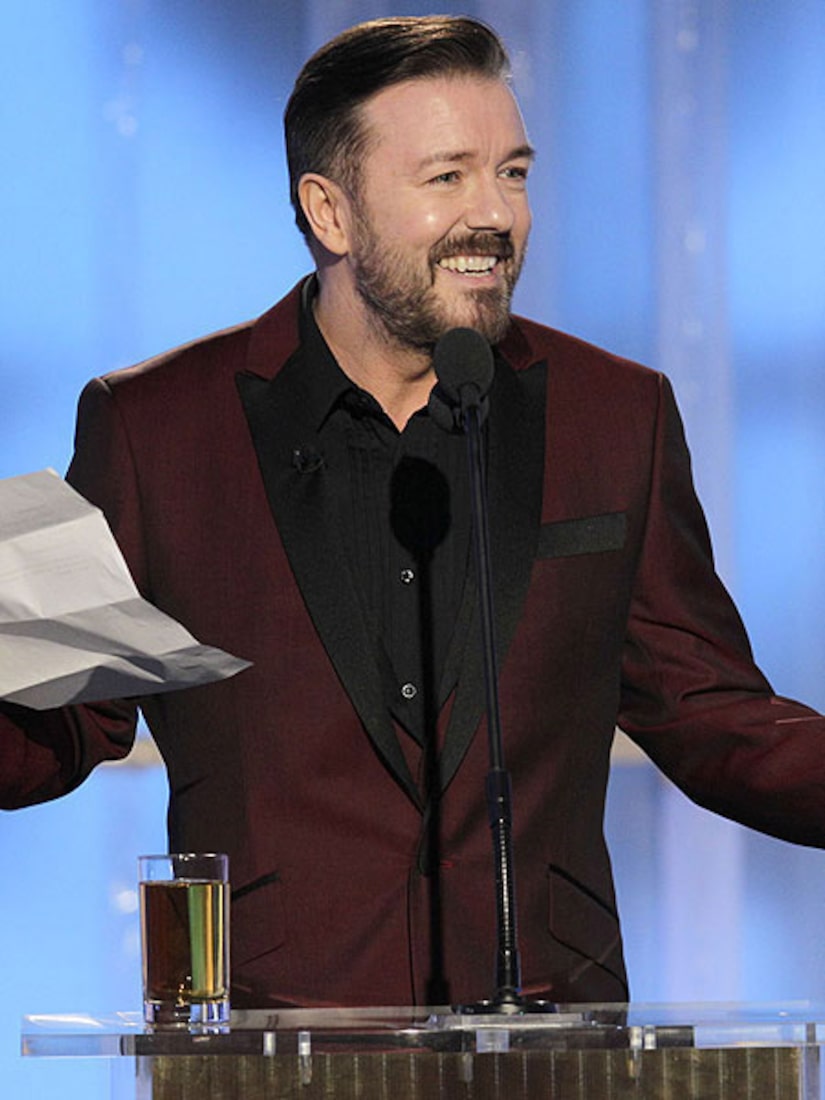 Here are some of the better Gervais zingers from the evening:

As he walked on stage, taking a sip of beer, he cracked, "So, where was I? Nervous? Don't be, this isn't for you."

"You get Britain's biggest comedian, hosting the second-biggest awards show on America's third biggest network. It's four? It's fourth."

"The Golden Globes are to the Oscars what Kim Kardashian is to Kate Middleton -- a bit louder, a bit trashier, a bit drunker and more easily bought."

On Eddie Murphy quitting his Oscar hosting gig: "He walked out on them. Good for him. When the man who says 'yes' to 'Norbit' says 'no' to you. You know you're in trouble."

On not being allowed to mention anything about Mel Gibson, including Jodie Foster's "Beaver" (the film she recently did with Gibson): "I haven't seen it myself. I've spoken to a lot of guys here, they haven't seen it either. But that doesn't mean it's not any good."

On the greatness of "Bridesmaids": "Farting, burping, cursing, performing wild sex acts, even pooping in the sink. I heard for research they spent the weekend with Dame Helen Mirren. She's got good PR but she is off the rails."

In introducing 'Bridesmaids' star Melissa McCarthy: "[She] made her mark in comedy this summer by defecating into a sink. Amazingly, that's still less demeaning than what most of you have done to make it in show business."

"Keep your speeches short. Just thank your agent and God, who have had exactly the same input in my career."