The stars prepare to be roasted by host Ricky Gervais during Sunday's Golden Globes, and Gervais continues to hint about what he will do on Hollywood's big night. 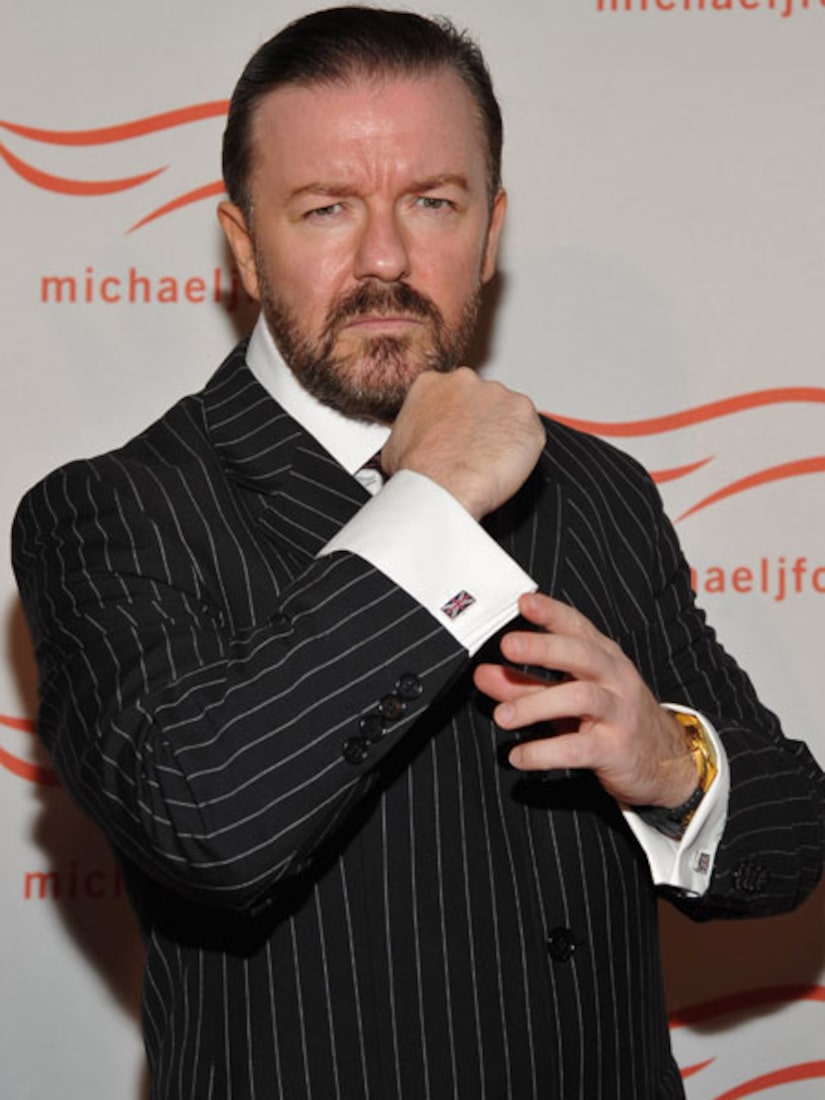 During the Television Critics Association winter press tour panel for his new series, "Life's Too Short," Gervais revealed his plan, saying "I have specific targets, but targets is a word I wouldn't use -- [they're] subjects."

The actor continued, "I'm going to do a monologue about the year and then [ding] six or seven people... like I did last year. I don't have anything against anyone in the room; they're just gags. I'm not trying to hurt anyone's feelings. I'm a comedian. I'd rather they laugh than gasp, but I cherish the gasps along with the laughs."

He also went on to say he doesn't believe anyone was really offended last year -- a notion some celebs would find arguable.

Gervais has stated that his upbringing and childhood were stable and trauma-free, with a high level of honesty and openness between his family members. He claims that his family, "much like 'The Waltons,'" made fun of each other regularly.

Ricky was in a music group in the early 1980s called Seona Dancing. They released two singles, "Bitter Heart" and "More to Lose," but had no success.

"I hate lateness. I hate people who are late. There is no excuse for turning up late for anything. I've never been late for anything in my life. I was actually born a week premature, because I wanted to be early for my own birth. Being late is an insult to me."

Gervais took a job as "Head of Speech" at Xfm London and hired longtime collaborator Stephen Merchant as his assistant. During the interview at a local pub, Merchant agreed to do "all the boring stuff" because of his experience in media studies, while Gervais "mess[ed] around."

In 2002, Gervais took part in a charity boxing match against entrepreneur Grant Bovey. The fight was televised by the BBC, and Gervais came out on top in a split decision. The comedian later said that the experience was the "most difficult thing" he had ever done.

Gervais released a children's book called "Flanimals" in 2004. The sequel, "More Flanimals," was released in 2005.

Ricky has a degree in philosophy.

[On the "Lord of the Rings" trilogy]: "I don't like all this stupid Gollum begat Wobblo and the Oompa Loompas and. . . . Oh Jesus Christ! There was too much "Oh, God, here come the gloodloys." Christ almighty, what are they talking about?!"