International superstar Brad Pitt recently confessed to W Magazine that he's "not much of a crier at films, but I'll tear up every now and then." 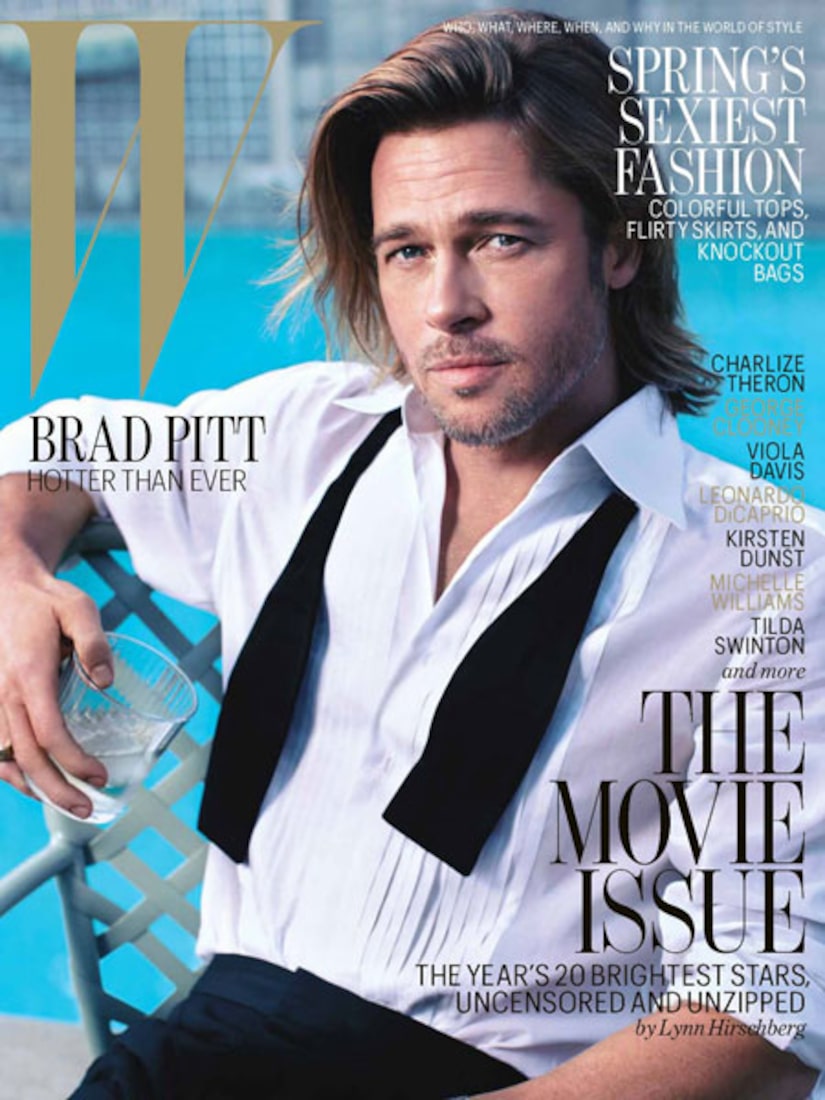 Pitt, who was photographed eating crackers in a luxurious bed, told the magazine that "Life as a House" had him grabbing for the Kleenex while he was stuck in a hotel room with a stomach bug.

The "Moneyball" star said, "Kevin Kline is an architect and learns he has terminal cancer. He's estranged from his teenage son and decides they're going to finish this house together." 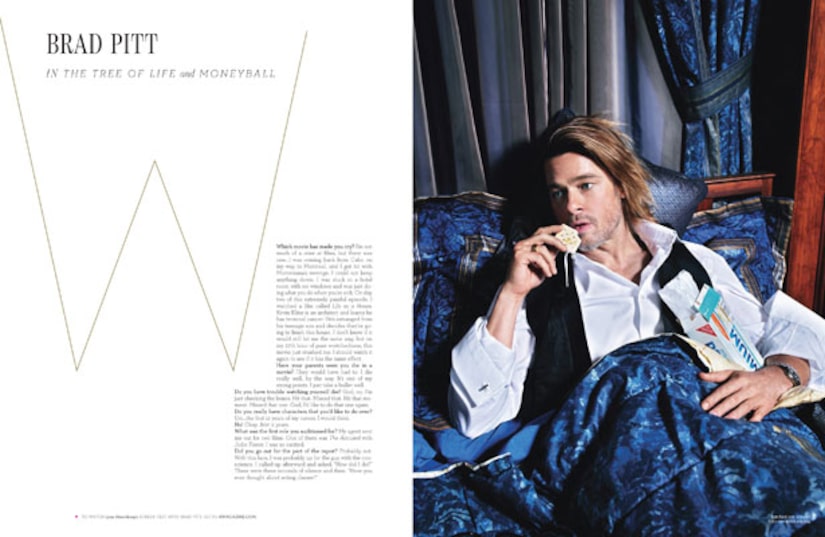 Pitt continued, "I don't know if it would still hit me the same way, but on my 27th hour of pure wretchedness, this movie just crushed me."

Here are some highlights from the interview...

Have his parents seen him die in a movie?
"They would have to. I die really well, by the way. It's one of my strong points. I just take a bullet well."

Does Brad have trouble watching himself die?
"God, no. I'm just checking the boxes. Hit that. Missed that. Hit that moment. Missed that one. God, I'd like to do that one again."

What was the first role he auditioned for?
"My agent sent me out for two films. One of them was 'The Accused' with Jodie Foster. I was so excited."

Did he go out for the part of the rapist?
"Probably not. With this face, I was probably up for the guy with the conscience. I called up afterward and asked, 'How did I do?' There were three seconds of silence and then: 'Have you ever thought about acting classes?'"

The stars will be partying Friday at the W Magazine Golden Globes bash in Los Angeles.