Stepping out together for the first time since their surprise engagement, Rosie O'Donnell and Michelle Rounds appeared together at the National Board of Review Awards in NYC, looking very happy. 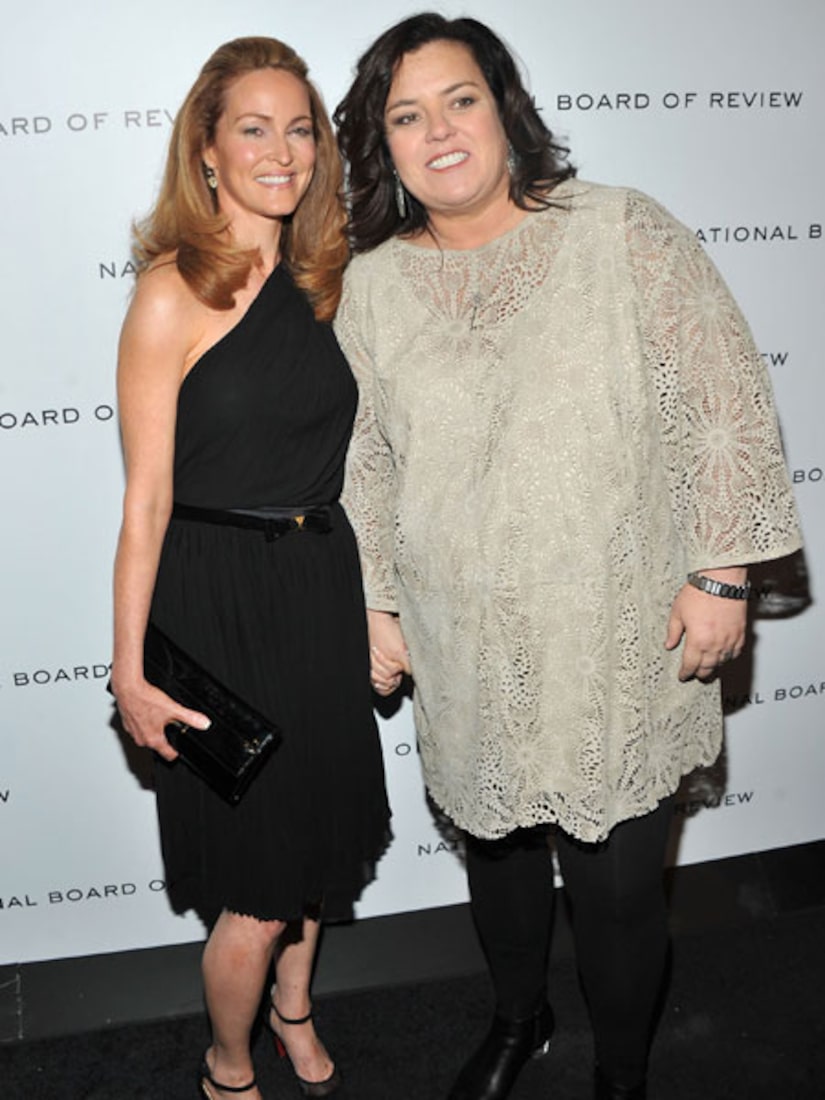 "Extra's" AJ Calloway caught up with O'Donnell to talk about her wedding plans.

Rosie, who plans to tie the knot this summer, admitted she didn't realize getting married would be such a challenge. "Apparently, you really need to book your wedding years in advance in Manhattan."

She explained her lack of preparation, saying, "If you grow up a gay girl -- and you know you're gay from the time you're 12 -- and you're 50 now, you didn't really picture the wedding."

Lovebirds George Clooney and Stacy Keibler were also at the event, and Keibler gushed over her man, saying, "He's the most charming man anybody has ever met!"

Clooney, who was nominated for a Golden Globe for his role in "The Descendants," said he plans to survive the Oscars this year by "filling a flask!" George also mentioned seeing his buddy Brad Pitt at the Palm Springs Film Festival recently, and said, "We flew back together... got to talk. But I actually don't get to see them enough."