That's gratitude for ya! Casey Anthony is reportedly planning to fire her lawyer, Jose Baez, who successfully defended her in the murder trial involving 2-year-old Caylee Anthony. 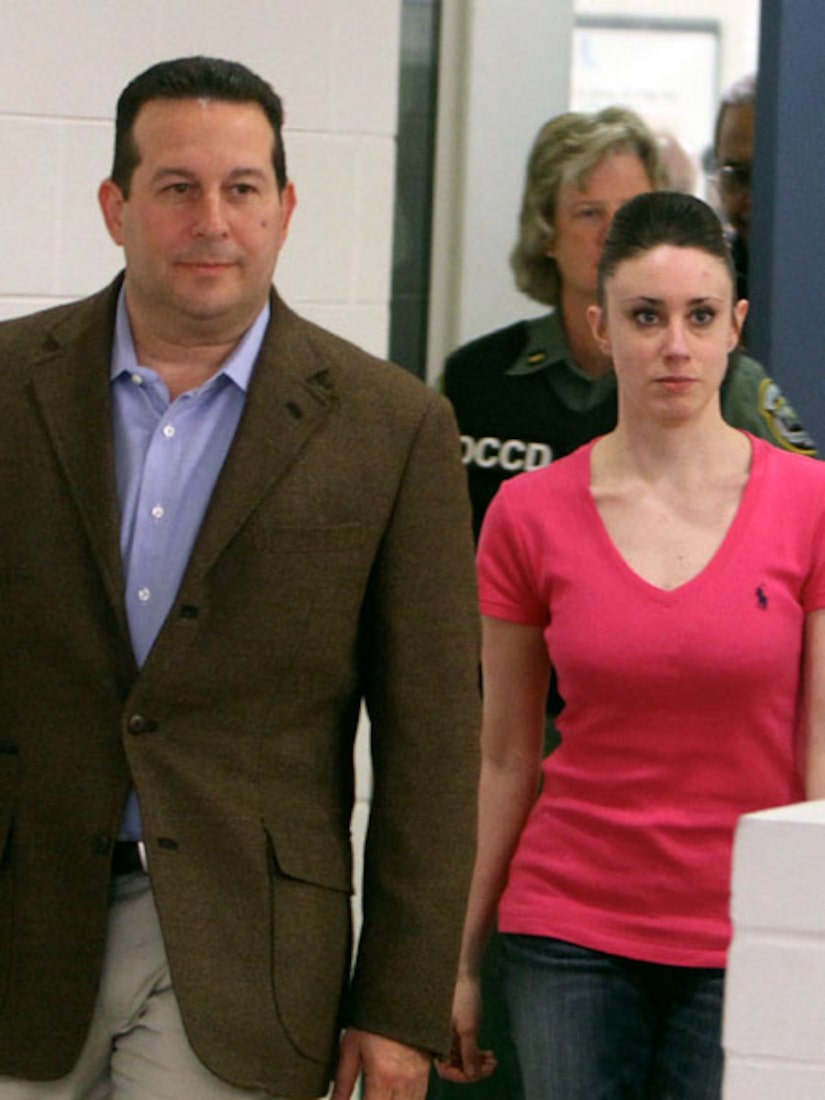 Anthony is said to be angry over the way Baez is handling the hoopla surrounding her first sit-down interview -- which has yet to take place. According to the NY Post, Baez has been schmoozing with big-name Hollywood stars, but has not scored an interview for Casey.

The tot mom's original attorney, Cheney Mason, will most likely take over Baez's spot. A source revealed, "Casey doesn't want to be reading that Jose's working on all these deals on her behalf. She thinks he's using her name as a meal ticket."

Baez, who is clearly enjoying the limelight, has been making TV appearances on Anthony's behalf. "He's going around taking meetings with TV producers and networks. She doesn't trust him anymore."