At the Television Critics Association's CBS press tour Wednesday, "Two and a Half Men" star Ashton Kutcher was seen wearing his wedding ring while he talked about the future of the show with creator Chuck Lorre. 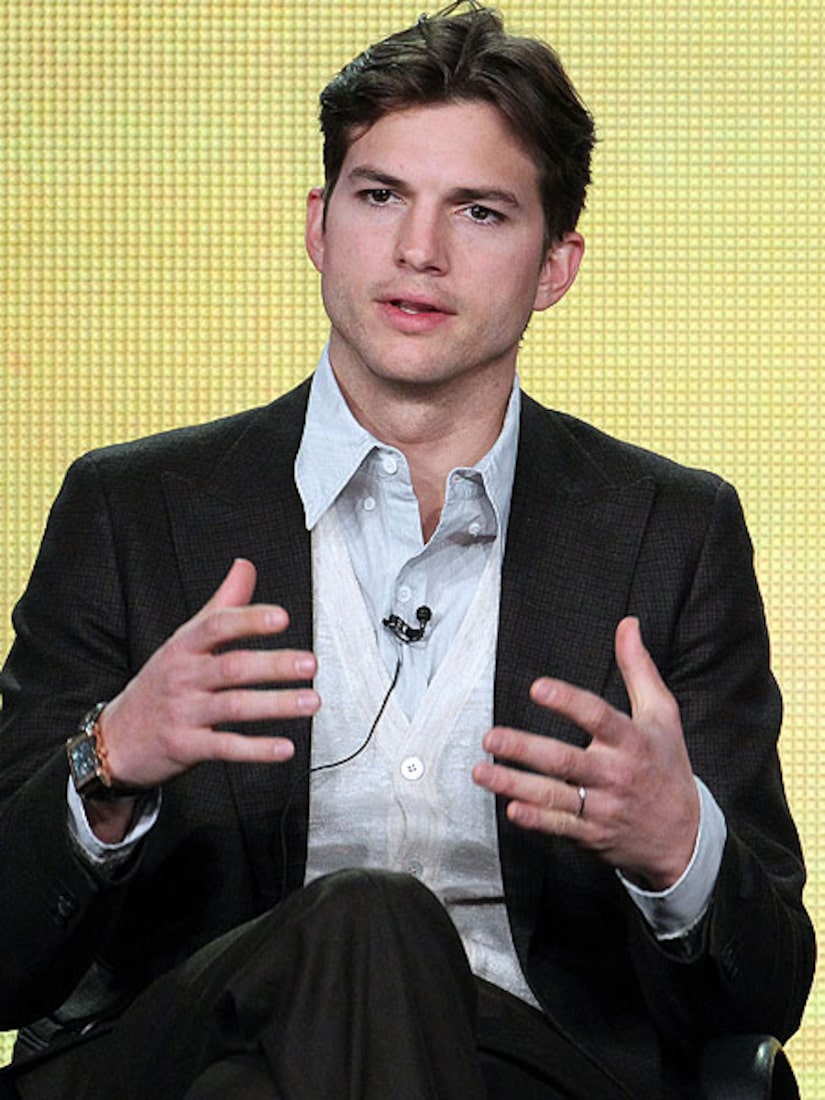 Lorre said he felt the ratings and great material warranted an additional season, but he wasn't sure if it would happen. Kutcher signed a one-year deal and co-star Angus T. Jones will be heading to college, said Lorre.

"Is there a 10th season, or really should we call it Year 2? I don't know. I hope so," Lorre told reporters. "CBS has not said anything to us about the future, and again, it's another issue about Ashton and Angus."

Kutcher added, "For me, having a show that people like and people want more of, that will dictate my decision." He revealed plans for filming several movie projects over the summer. "Right now I'm looking at it as a hiatus, because I'm having a lot of fun. ... I'm interested in coming back if we can work that out."

Ashton and estranged wife Demi Moore called it quits at the end of last year.