After making headlines last year for lashing out at "Two and a Half Men" producer Chuck Lorre, and for his alleged drug abuse and wild-eyed video rants, a calmer Charlie Sheen now looks back at those moments and laughs. 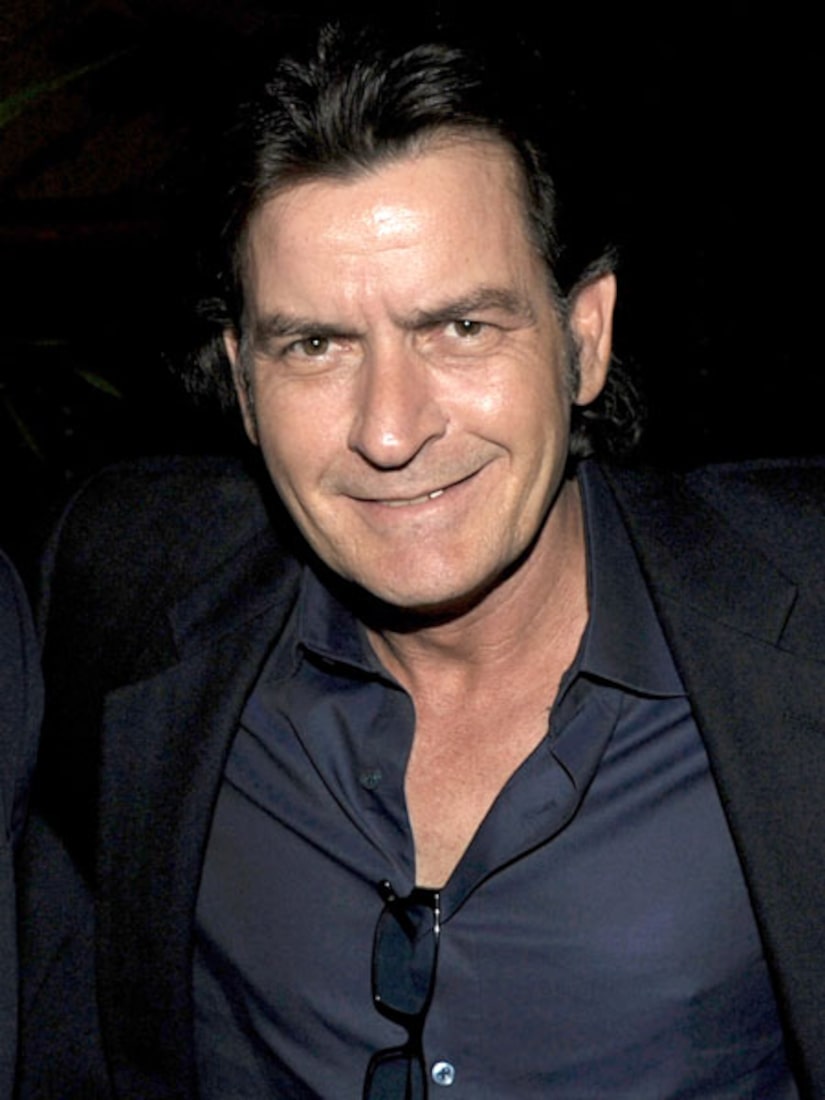 Sheen spoke with reporters at the FOX Critics Association party in Pasadena, saying, "I'm not crazy anymore. That was an episode. I think I'm a different person than I was yesterday. Everything is a lot more mellow and focused and much more rooted in reality."

The actor will star and produce FX's new show, "Anger Management," and continued, "I've been at this 30 years. It's nice to be in a situation where the people I'm working with are excited about my input. That wasn't the case for a long time."

Sheen, who set a Guinness World Record for garnering 1 million Twitter followers overnight, said he's spending less time tweeting and more time with his kids. "I'm a single guy hanging out with my children." Charlie also managed to take a trip to Mexico over the holidays with ex-wife Denise Richards and their daughters, Sam and Lola.

When asked whether he had reconciled with Lorre, the 46-year-old revealed, "No, but at some point we are going to have to get some closure there." 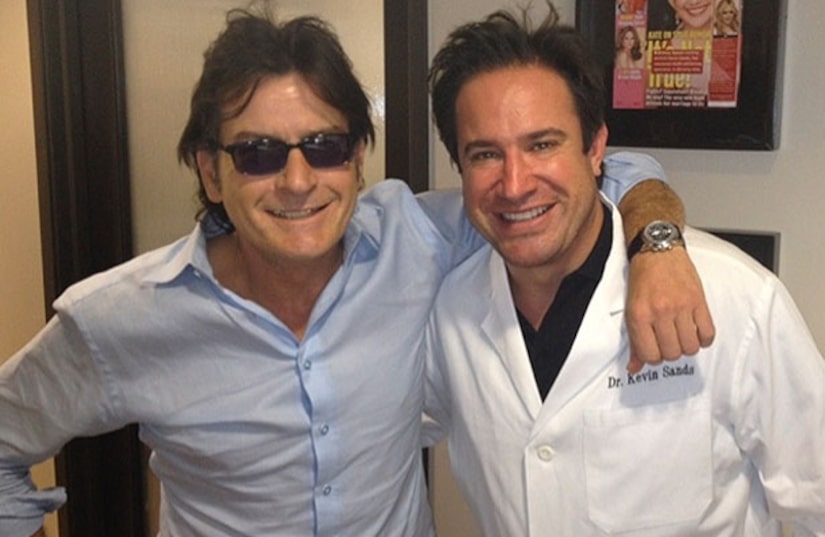 The Top News Headlines of 2011

Michael Jackson's physician Dr. Conrad Murray was found guilty [https://extratv.warnerbros.com/2011/11/michael_jackson_death_trial_conrad_murray_found_guilty.php] of involuntary manslaughter and sentenced to four years in county jail.The verdict came as no surprise to many trial watchers, as the evidence was stacked up against the doc in his apparent propofol negligence of Jackson.The 5 Most Shocking Moments from the Jackson Death Trial [https://extratv.warnerbros.com/2011/11/the_5_most_shocking_moments_from_the_jackson_death_trial.php]

A 8.9 earthquake rocked Japan in March, resulting in a destructive 23-foot tsunami that killed thousands.Celebrities such as Lady Gaga, Justin Bieber, Katy Perry and Charlie Sheen immediately jumped in to help [https://extratv.warnerbros.com/2011/03/the_stars_unite_to_help_tsunami_victims.php] those victims affected by the devastation.

In one of the most shocking splits of the year [https://extratv.warnerbros.com/2011/11/the_years_biggest_splits.php], former California Governor Arnold Schwarzenegger and Maria Shriver divorced after 25 years together.The "Terminator" star admitted to fathering a lovechild [https://extratv.warnerbros.com/2011/05/arnold_schwarzenegger_fathered_a_child_with_household_staffer.php]with Patty Baena, his housekeeper of over 20 years.Despite the drama, the family pulled through, with Schwarzenegger spending time with his illegitimate son, Joseph.

The Royal Wedding of Kate Middleton and Prince William

'Harry Potter' Comes to an End

For its final installment in the epic multi-billion dollar franchise, "Harry Potter and the Deathly Hallows, Part 2" broke just about every movie record on the books, earning an enormous $168.6 million in its opening weekend.Entertainer of the Year 2011: The Cast of 'Harry Potter' at No. 2! [https://extratv.warnerbros.com/2011/12/entertainer_of_the_year_2011_the_cast_of_harry_potter_at_no_2.php]

For the first time since her rescue from 18 years in captivity, kidnap victim Jaycee Dugard spoke on national television [https://extratv.warnerbros.com/2010/03/kidnap_victim_jaycee_dugard_finally_speaks.php] in March of this year.Dugard was kidnapped by convicted rapist Phillip Garrido at the age of 11 in South Lake Tahoe, Calif. when she was walking to the bus stop for school. She remained missing for 18 years.Jaycee's mother says of the clips, "We released this video so that you can see that we're happy and well and when we have more to share we will," adding, "As a mother I am pleading for our privacy in this very public story. It is our desire to share the miracle with the world, but it must be done on our terms."Dugard lives with her two daughters (Angel, 15, and Starlit, 11) fathered by her alleged kidnapper, Phillip Garrido.

"The Real Housewives of Beverly Hills" star Taylor Armstrong's estranged husband, Russell Armstrong, Armstrong, was found hanging [https://extratv.warnerbros.com/2011/08/housewives_russell_armstrongs_body_discovered_by_best_friend.php] in a bedroom in his home on Mulholland Drive in August, unleashing details about their troubled marriage and sparking criticisms against reality television shows.

Stemming from a DUI arrest in 2007, starlet Lindsay Lohan has had to battle several probation violations in 2011, which resulted in more jail time, a house arrest and continuing hours of community service in a morgue.In February, Lilo was accused of stealing an expensive necklace [https://extratv.warnerbros.com/2011/02/lindsay_lohan_to_be_charged_wi.php] from a jewelry store. Lohan claimed the store owner told her she could borrow the necklace on a loan, which she eventually returned.But the action set forth a flurry of court dates, and Lindsay found herself sentenced to jail and then on house arrest [https://extratv.warnerbros.com/2011/05/lindsay_lohan_surrenders_to_begin_house_arrest.php].She completed her house arrest, but once again failed to finish the appropriate amount of her community service hours, which resulted in yet another jail sentence [https://extratv.warnerbros.com/2011/10/lindsay_lohan_cuffed_sent_to_jail_after_probation_hearing.php] in October.Thankfully, 2012 may be a better year for the troubled actress. She received a glowing report from the judge in early December, proving she has what it takes to complete her morgue duties. And her January cover for Playboy magazine is hitting record sales.