It was date night at the 2012 Palm Springs Int'l Film Festival! George Clooney and his lovely lady Stacy Keibler were there, as were Brad Pitt and Angelina Jolie, celebrating their Oscar-buzzing films. 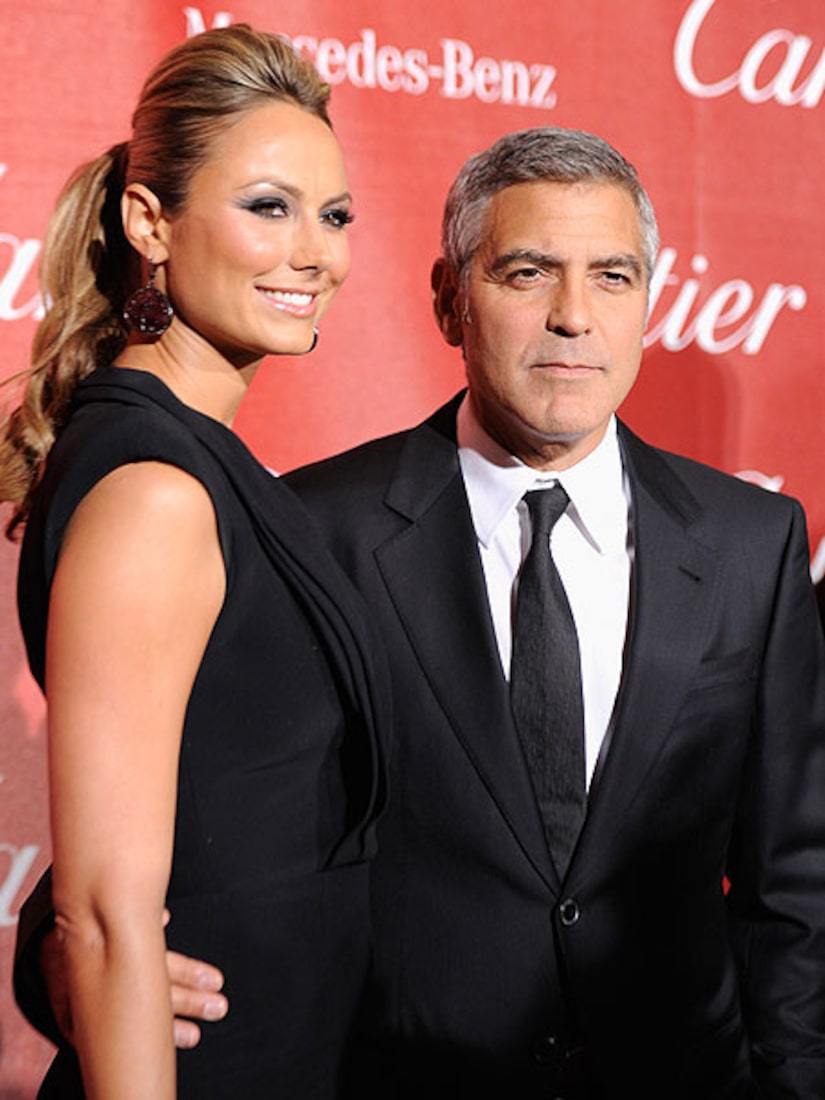 Pitt, who was walking with a cane after a minor skiing tumble, was handed the Desert Palm Achievement Award for his performances in "Moneyball" and "The Tree of Life."

The actor explained his injury to "Extra's" Jerry Penacoli on the red carpet. "New Year's Eve, I was carrying my daughter down a hill. I slipped and it was either me or her... so she's fine."

Clooney, star of the "Descendants" and the drama "The Ides of March," was given the festival's Chairman's Award for acting, directing, producing and writing.

In his acceptance speech, the actor quipped, "Now you'll have to promise us in 20 years that you'll hire some poor, scraggly, beat up, old, retired, two-time Sexiest Man Alive for a job. And after you hire Brad, maybe you'll give me a job, too."

Penacoli asked about Clooney's prank on Pitt this award season. George smiled, "I didn't say it'd be during award season. I'm a professional. I let things go for a while."

Watch for more of these Hollywood A-list couples as the award season heats up, starting with the 2012 Golden Globes this Sunday!