Dressed in a sharp black suit, Brad Pitt walked The 23rd Annual Palm Springs Film Festival red carpet with the aid of a cane on Saturday. 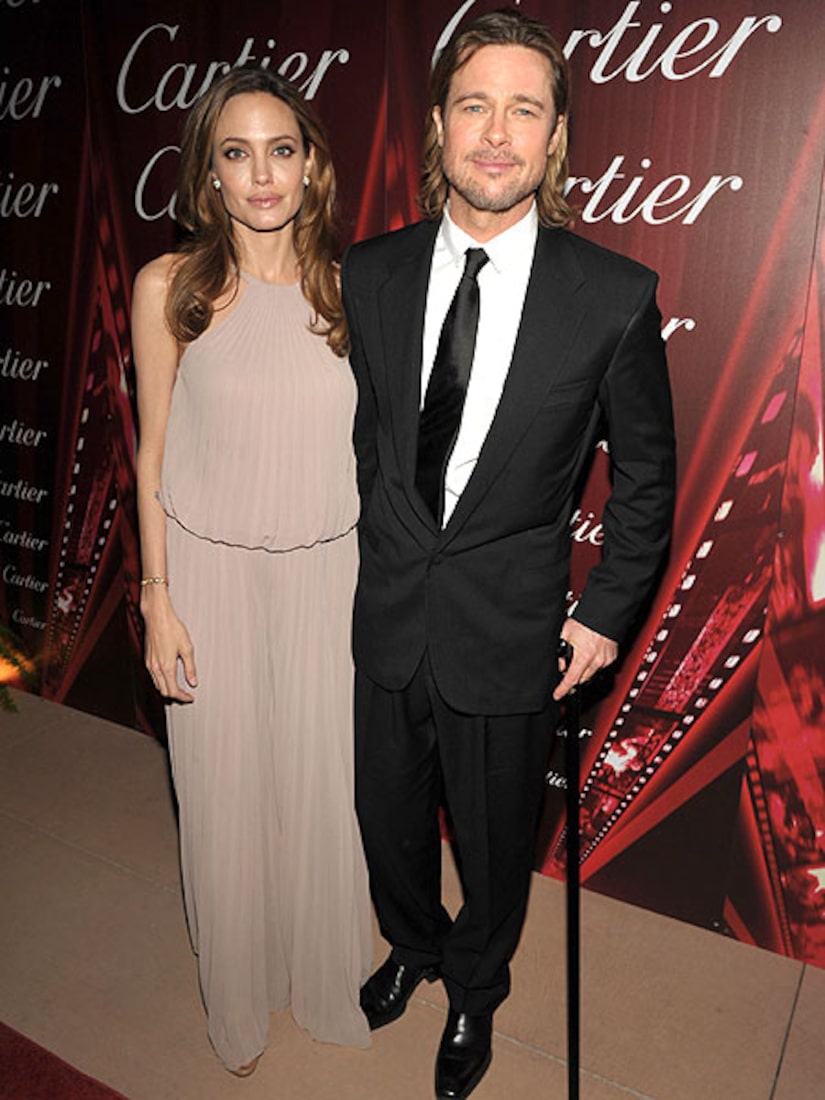 The dad of six revealed on a recent ski trip, he injured his ACL, the ligament in the knee that connects the femur to the tibia. "I was carrying my daughter [Vivienne] down the hill and I slipped," Pitt said. "It was either her or me. She's fine." Doctors told him he did not need a surgery but has to rely on the help of the stick for a while.