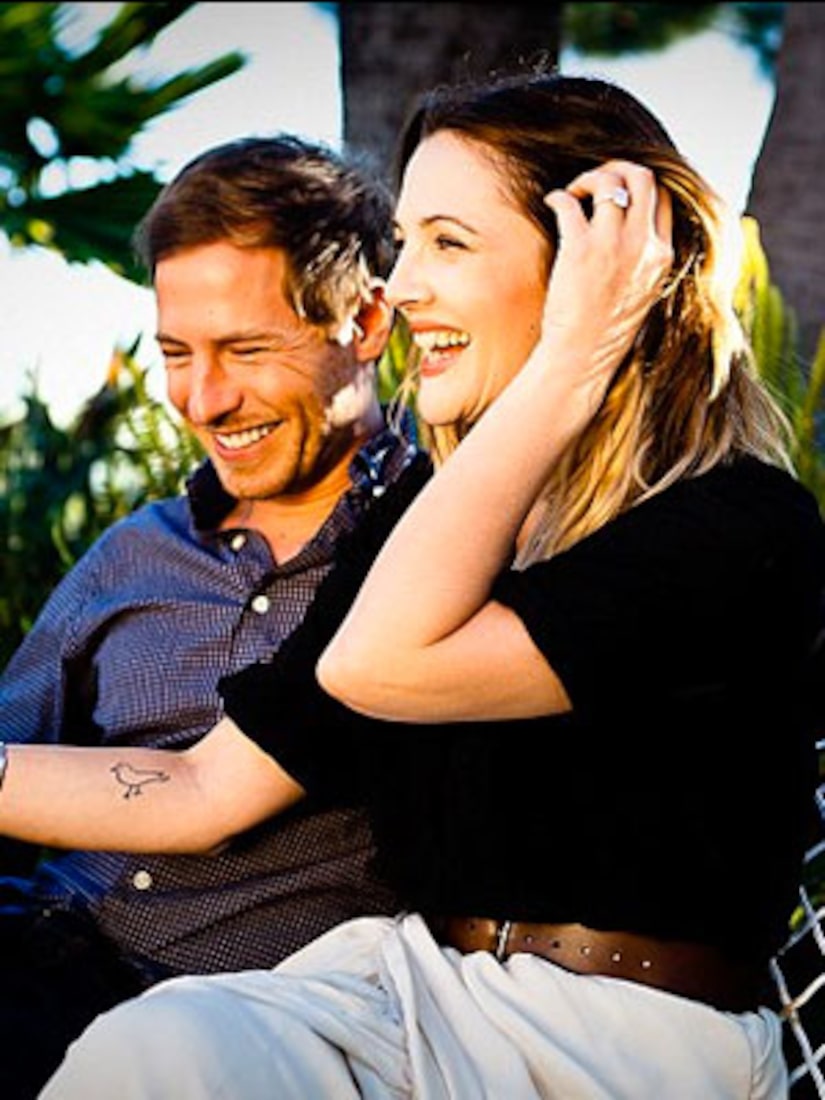 Since they recently announced their engagement, bride-to-be Drew Barrymore and fiancé Will Kopelmen's first official photo was released. The actress beamed while wearing her 4-carat, diamond-banded engagement bling designed by Graff Diamonds.