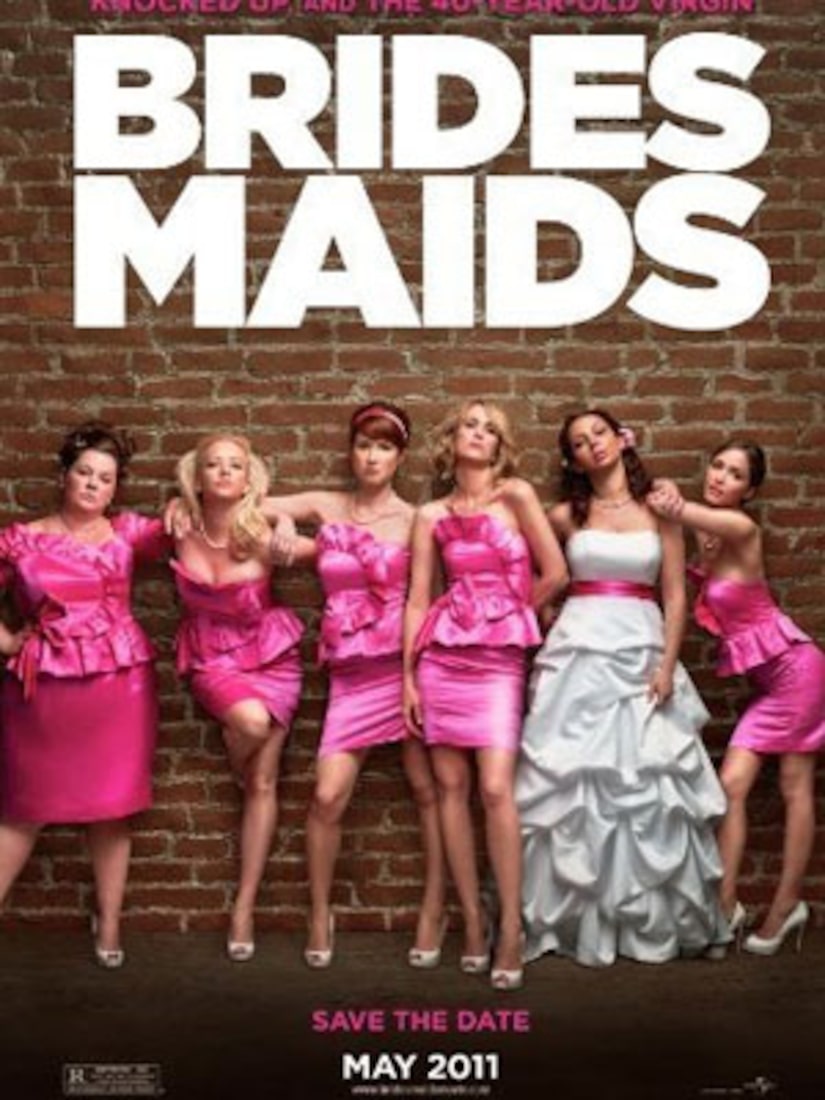 It makes sense the powers that be at Universal would want to do a sequel to the hit "Bridesmaids," but the film's star and co-writer Kristen Wiig isn't interested in signing up.

"We aren't working on that," Wiig, who co-wrote the film with Annie Mumolo, told The Hollywood Reporter. "Annie and I aren't planning a sequel. We are writing something else."

"Bridesmaids" was a huge success story of 2011, produced for about $32 million and grossing $288 million worldwide. The film also landed Golden Globe, SAG and PGA nominations, positioning it as a Best Picture contender.

According to the Reporter, Universal is willing to pursue another "Bridesmaids" without Wiig. "We are over the moon with the success of Bridesmaids, and if we do a sequel we want to get it right," said a rep.

But producer Judd Apatow is also on the fence. "The key is we have to come up with an idea that is as good or better than the first one," Apatow told THR in a statement.

Entertainment Weekly dubbed this funny lady the Queen of Comedy - and it pretty much fits the bill! McCarthy made a huge splash this year in the film "Bridesmaids," starring as a lusty bridesmaid, and hosting one of the most watched "Saturday Night Live" shows of the season. Then, as icing on the cake, she won the Lead Actress in a Comedy Emmy for her nuanced turn on the sitcom "Mike & Molly."Best Quote: "I fell off a cruise ship. Yeah, oh, shit. Took a hard hard violent fall, kinda pin-balled down hit a lot of railings, broke a lot of shit. I'm not gonna say i survived I'm gonna say I thrived. I met a dolphin down there and I swear to God that dolphin, looked not at me, but into my soul, looked into my G**damn soul." - Megan in "Bridesmaids."

Mostly known as an indie film darling, starring in gems such as "500 Days of Summer," Zooey decided to branch out this year into television - and to smashing success. As FOX's "New Girl," Deschanel continues to delight as Jess, living with three guys and infusing her adorkableness into the proceedings.Best Quote:Schmidt (Max Greenfield): "I'll be, like, your guide."Jessica Day: "Like Gandolf... through Middle Earth?"Schmidt: "Probably not like... okay... first off let's take the 'Lord of the Rings' references and put them in a deep, dark cave where no one's going to find them."Jessica Day: "Except Smeagol... [whispers] He lives in a cave."

We already know how excruciatingly funny Wiig can be on "Saturday Night Live" and in films like "Knocked Up" and "MacGruber," but in 2011 Kristen really showed her comic mettle - and how well she could carry a film -- as the beleaguered maid of honor in "Bridesmaids," which she also co-wrote.Best Quote:Annie: "What kind of a name is 'Stove' anyway? What, are you like a kitchen appliance or something?"Flight Attendant: "No. My name is Steve and I'm a man."Annie: "You are a flight attendant."

Although she has taken a break this fall with "30 Rock," after having her second child, Fey still managed to make us laugh with her bestselling autobiographical book "Bossypants." Oh, and she still kills it when she impersonates Sarah Palin. Liz Lemon and "30 Rock" returns early 2012 - and we can't wait.Best Quote:Liz Lemon: "Look, Jack, I don't have a lot of personal life experience, but if I have learned anything from my Sims family... when a child doesn't see his father enough, he starts to jump up and down, and then his mood level will drop until he pees himself."Jack Donaghy (Alec Baldwin): "Why don't I have any other friends?"

As another "SNL" alum, Poehler really found her comic niche this year as Pawnee, Indiana's biggest champion, Leslie Knope, in the hit NBC show "Parks and Recreation." She also pretty much stole the 2011 Primetime Emmys show when she orchestrated all of the Lead Actress in a Comedy Series nominees to come up on stage, ala a beauty pageant, before the winner was announced. Hysterical.Best Quote: "Every great work of art contains a message, and the message of this painting is, "Get out of my way unless you want an arrow in your ass." - Leslie Knope in "Parks and Recreation"Honorable Mentions:Emma Stone -- "Crazy, Stupid Love" and "The Help"Whitney Cumming -- NBC's "Whitney"Martha Plimpton -- FOX's "Raising Hope"Laura Linney -- Showtime's "The Big C"Kat Dennings -- CBS' "2 Broke Girls"